In August of 2013 I had the privilege to travel to the Arctic on board the MV Quest.  This was a photographic expedition and workshop.  I took thousands of images.  Below are the selects from this trip.  You’ll find Ice, Birds, Polar Bears, Rust and Walruses.  This is an amazing region and I plan to go back again in 2015.  I hope you enjoy these images. 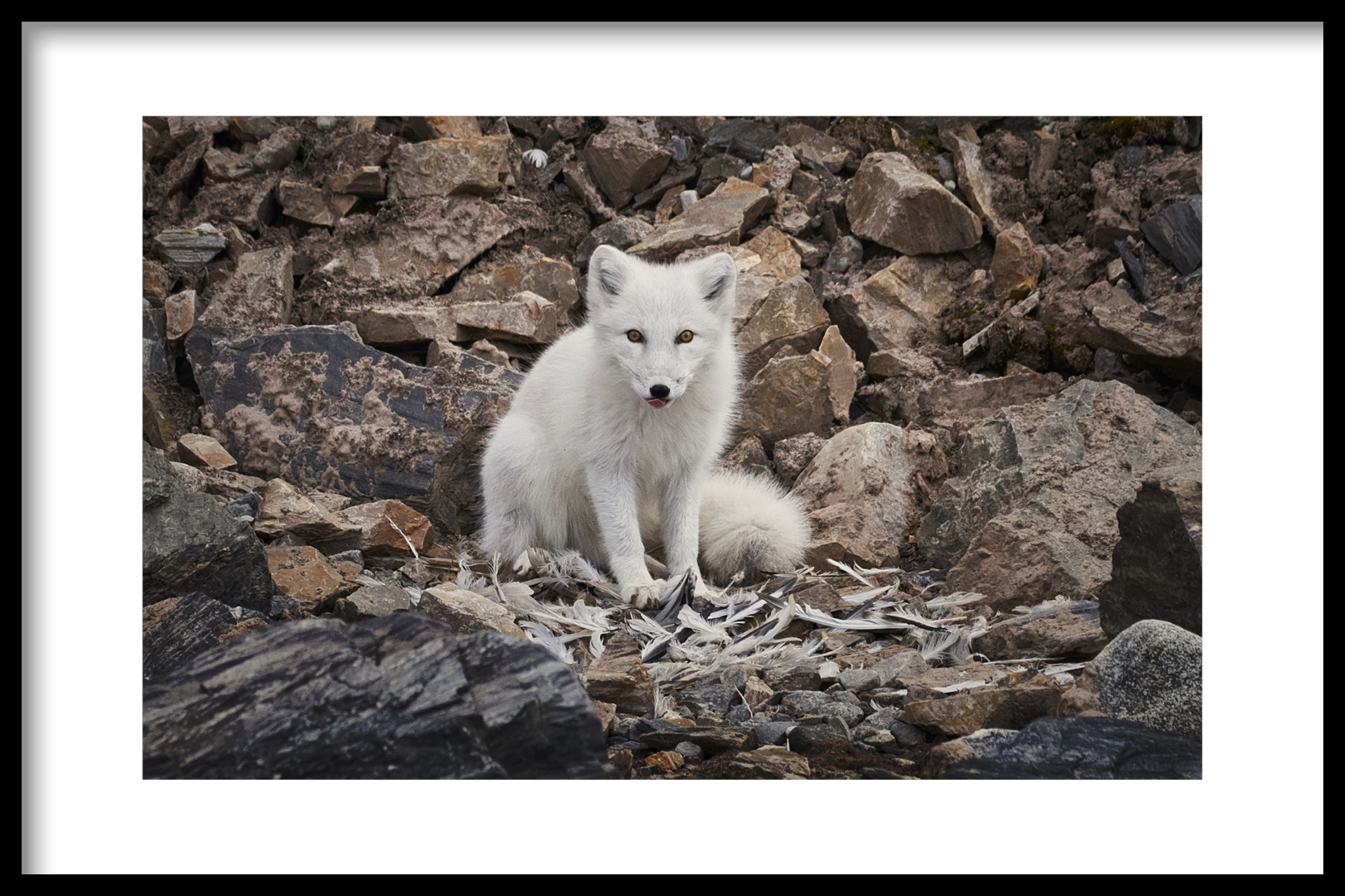 If you are a regular reader you know I love the polar regions of our planet.  THis image was made of an arctic fox in Svalbard which is just about as far north as you can go.  The image shows this fox in front of a bunch of feathers and bones.  These are remarkable creatures as they change coats from white to grey in the changing seasons.  They also have a very short lifespan.  They are fast and can usually be found with dens near the bird cliffs in Svalbard.

Category: Image Of The Day

I love Svalbard which is a part of Norway and some of the most northern Islands in the world.  I travel to Svalbard at least once a year.  One of the highlights is photographing, and I look for two particular animal types.  Polar Bears and Arctic Foxes.  Here’s an Arctica Fox shot on a trip about a year ago.  They have a coat that changes from dark to white once a year.  They also don’t have a very long life; thus they tend to get the most out of their time on earth.  Adorable creatures.

It’s nice to be back home.  I have spent the last three weeks with Peter Cox and Morton Jørgensen cruising the Svalbard area with 2 workshop groups.  We were on the prow for wildlife and great landscapes. Overall on both workshops we have a mission accomplished.  We had the chance to photograph Polar Bears, Walrus, many birds, whales, glaciers and as in this image above Arctic Fox.  The Arctic Fox is a hearty animal having to live in Arctic Conditions for most of the year.  For the winter months it is a pure white animal and then in the summer months it sheds it coat and looks pretty much like the image above until late August when it grows its winter coat back.  I had the chance to photograph this fox on two occasions in the last few weeks.   I have quite a few beautiful images from the few hours spent with this fox and its brother.  Look for more soon.

For the last 8 days I have cruising onboard the Malmo a small ship in the Arctic region of Svalbard photographing landscapes and wildlife with an amazingly great 12 passengers.  I’ll have more to report in August on my return but did want to share our group photo made on an ice floe in the middle of the Arctic Ocean north of Svalbard. 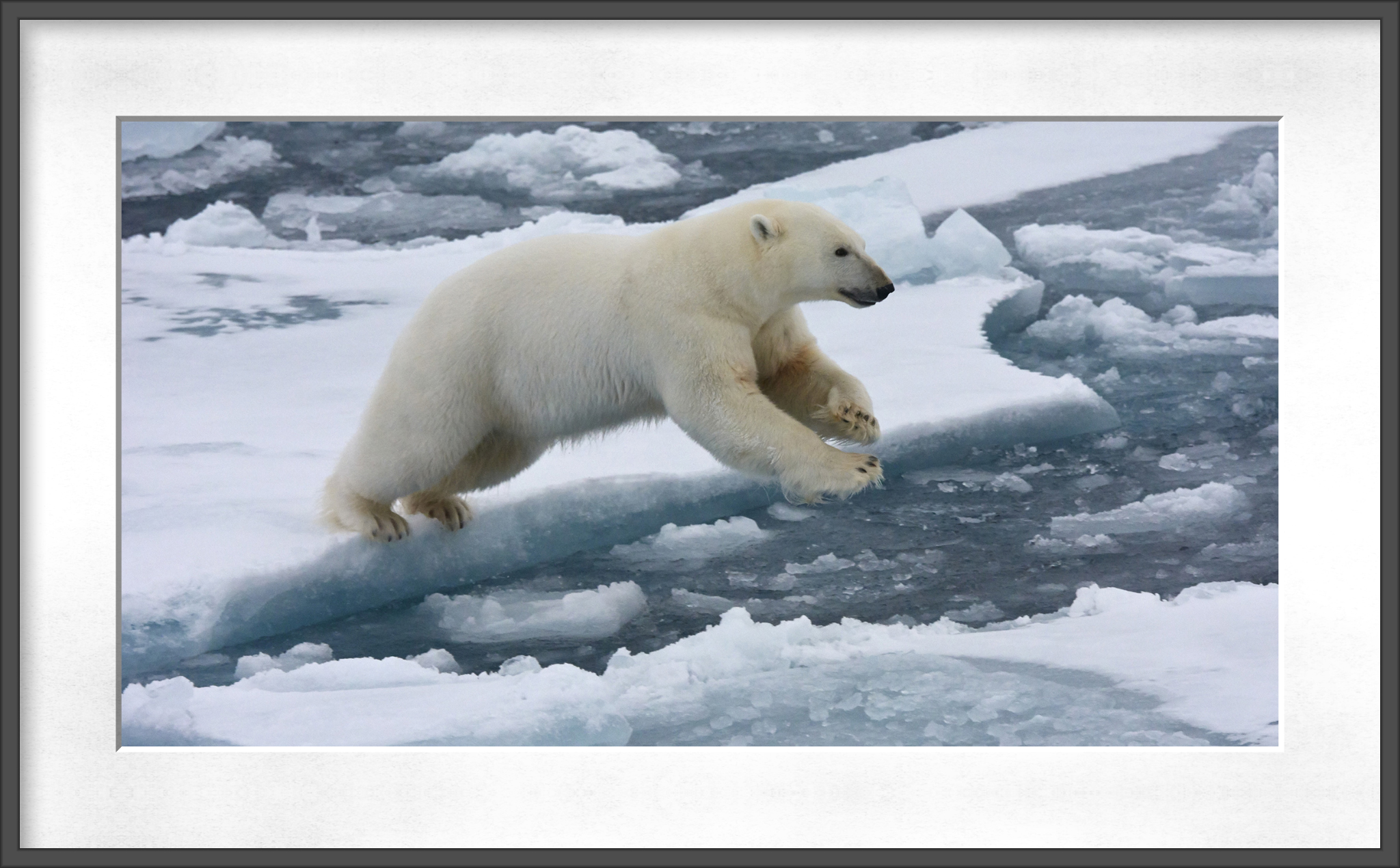 I presume you may know that I also run workshops to amazing locations all around the world.  You can find these workshops at Rockhopper Workshops.  One of the places we visit is the Arctic and what an amazing place it is.  These two polar bears were photographed on one of my Svalbard workshops a few years ago.  On these workshops, we sometimes drive our small ship deep into the arctic ice and search for polar bears.  We get real close and shut the engines down and drift and if we are lucky polar bears come to us.  This polar bear was photographed from about fifty feet off of the ship.  The bear was jumping from ice flow to ice flow and sometimes even swimming.  These are magnificent animal.s

I still have room on my August 2020 workshop and info can be found at Rockhopper Workshops.  Maybe you’d consider joining us. 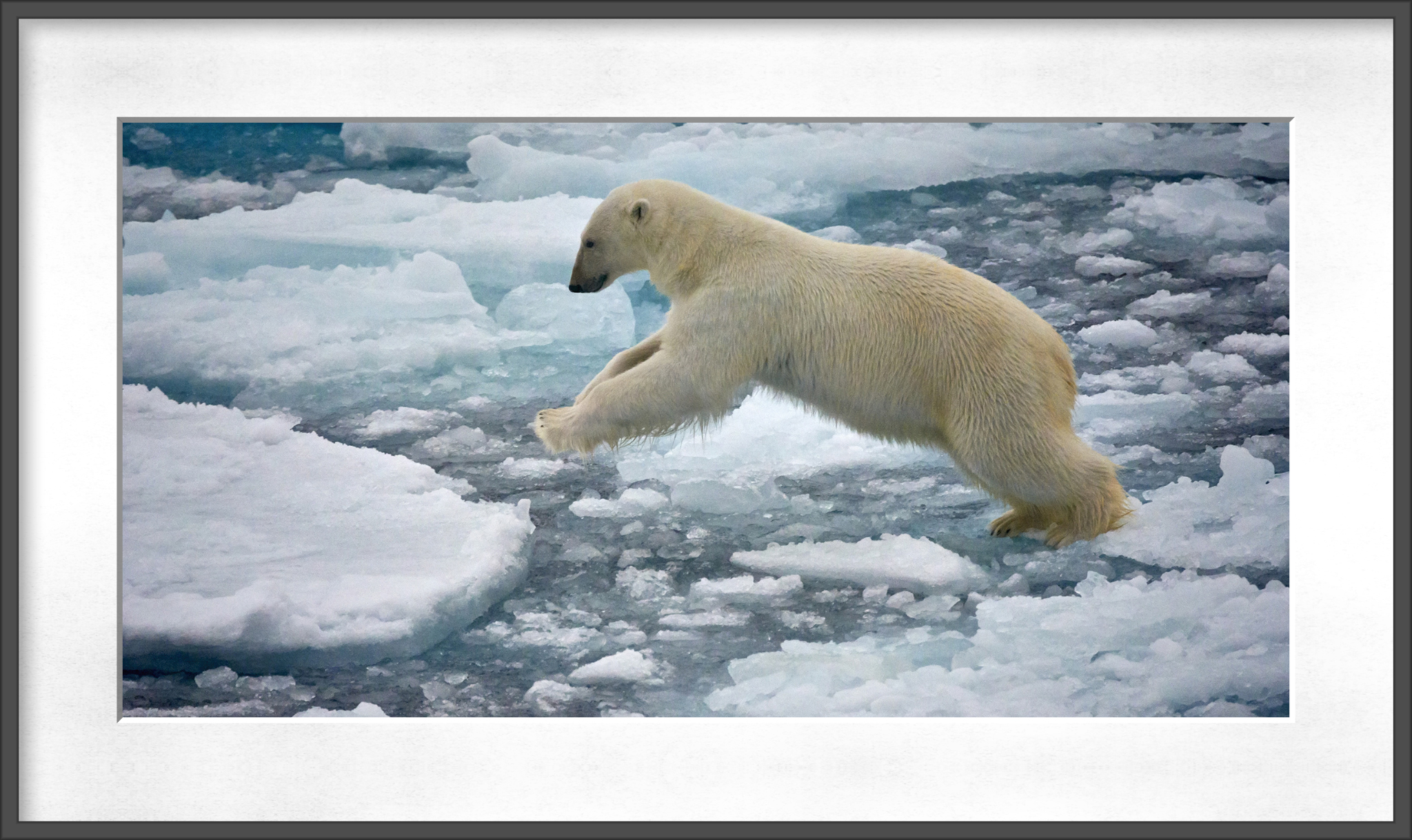 Watching a glacier calve is the most incredible sight and sound.  It’s an art to position yourself so you can catch a glacier as it calves.  Once you are positioned you need to keep your camera to your eye to make sure you are ready to catch it.  My technique is to get a zodiac in place and pick out the front of a glacier that may calve.  Then holding the camera to your eye sweep left and right until it happens.  If you wait until you hear it is too late.  The noise is like an explosion and the sight is something to behold.  This glacier was in the arctic circle in Svalbard. 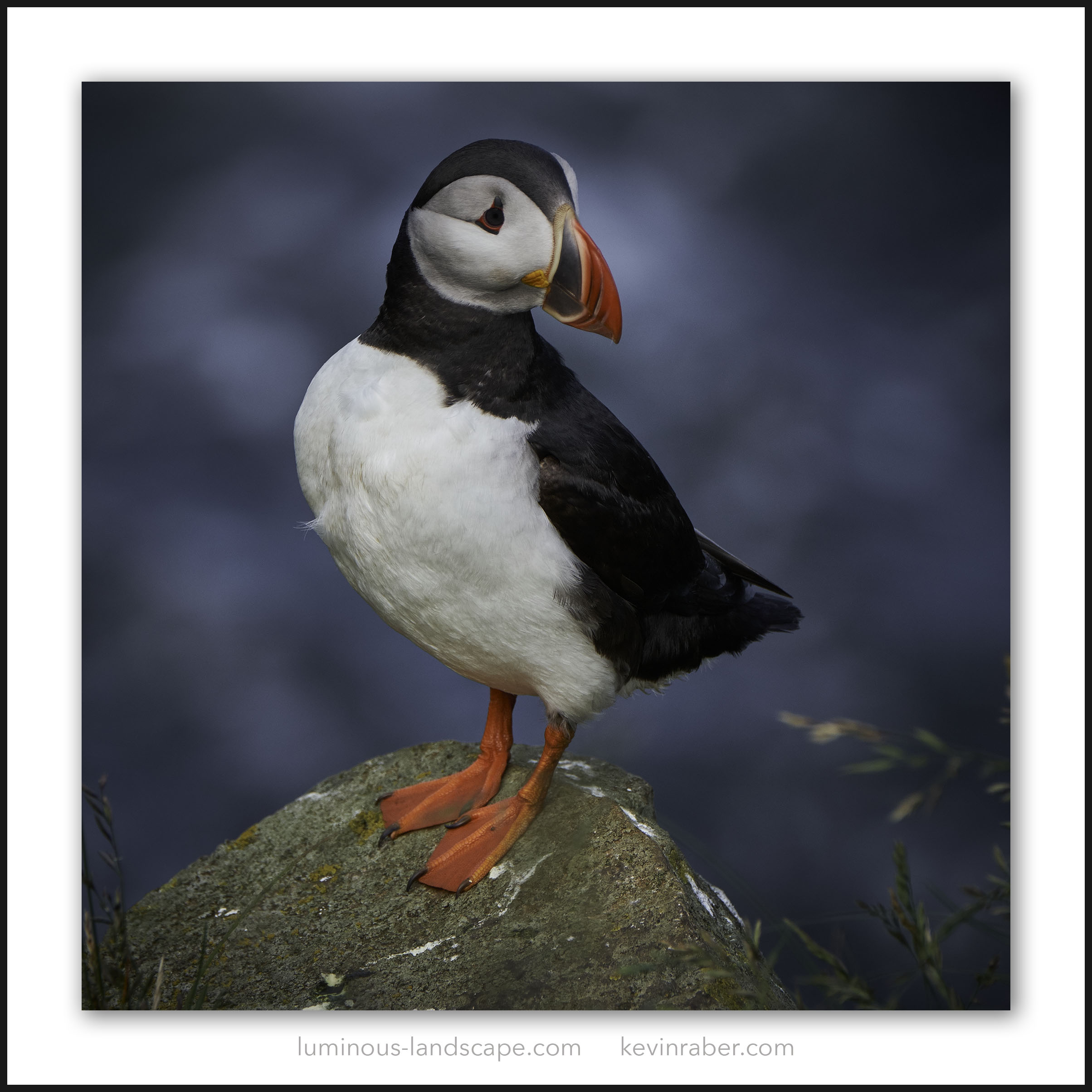 I love Puffins.  Puffins are incredible little birds with a big attitude.  These birds are usually found in the arctic regions and I have photographed them in Iceknd and Svalbard.   They are known for diving off of cliffs, catching krill and returning to their burrows where they feed their young.  These birds can fly like no other bird.  they have a unique sound and they are just plain cool.  If you get to Iceland you should definately make viewing puffins high on your list. 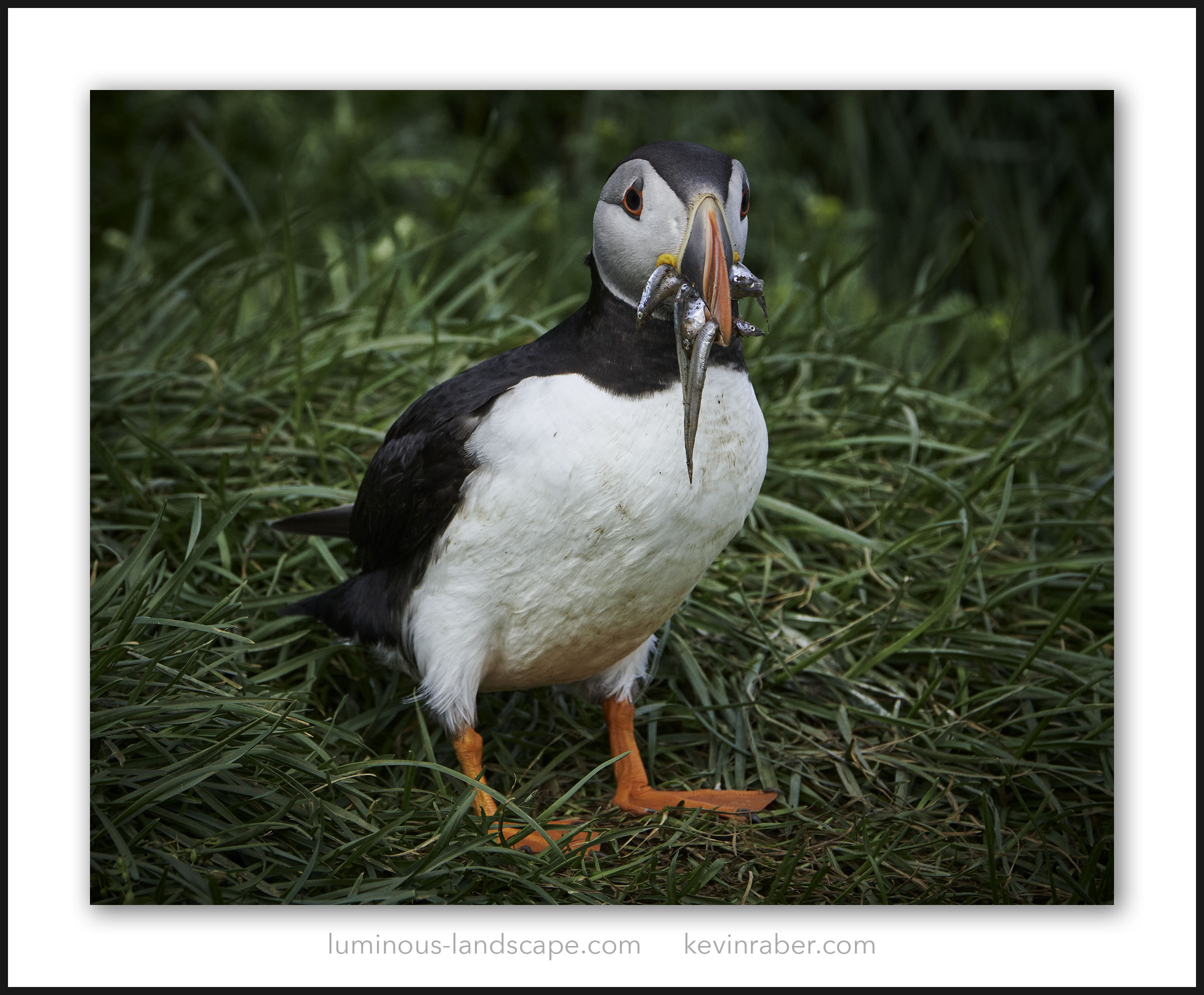 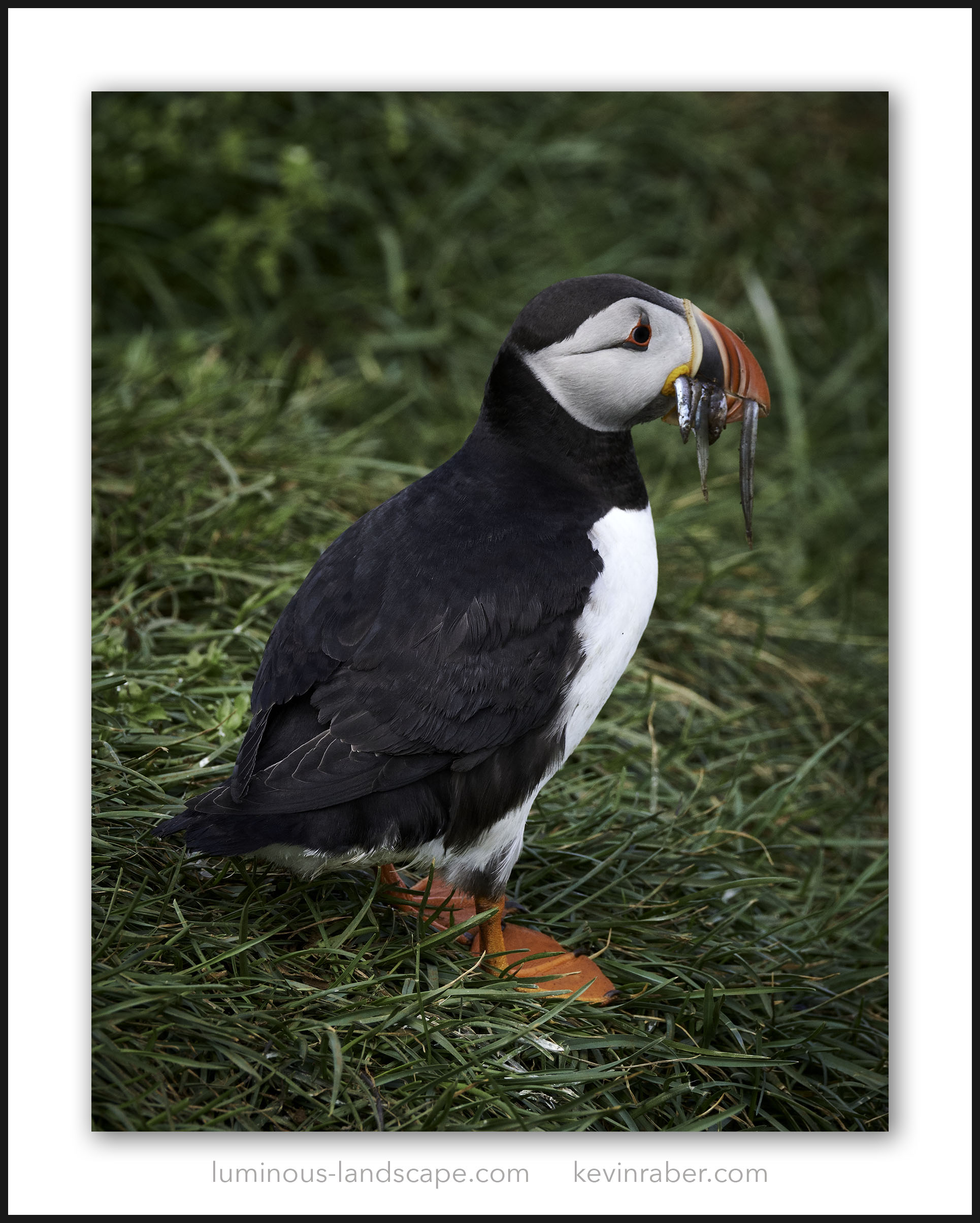 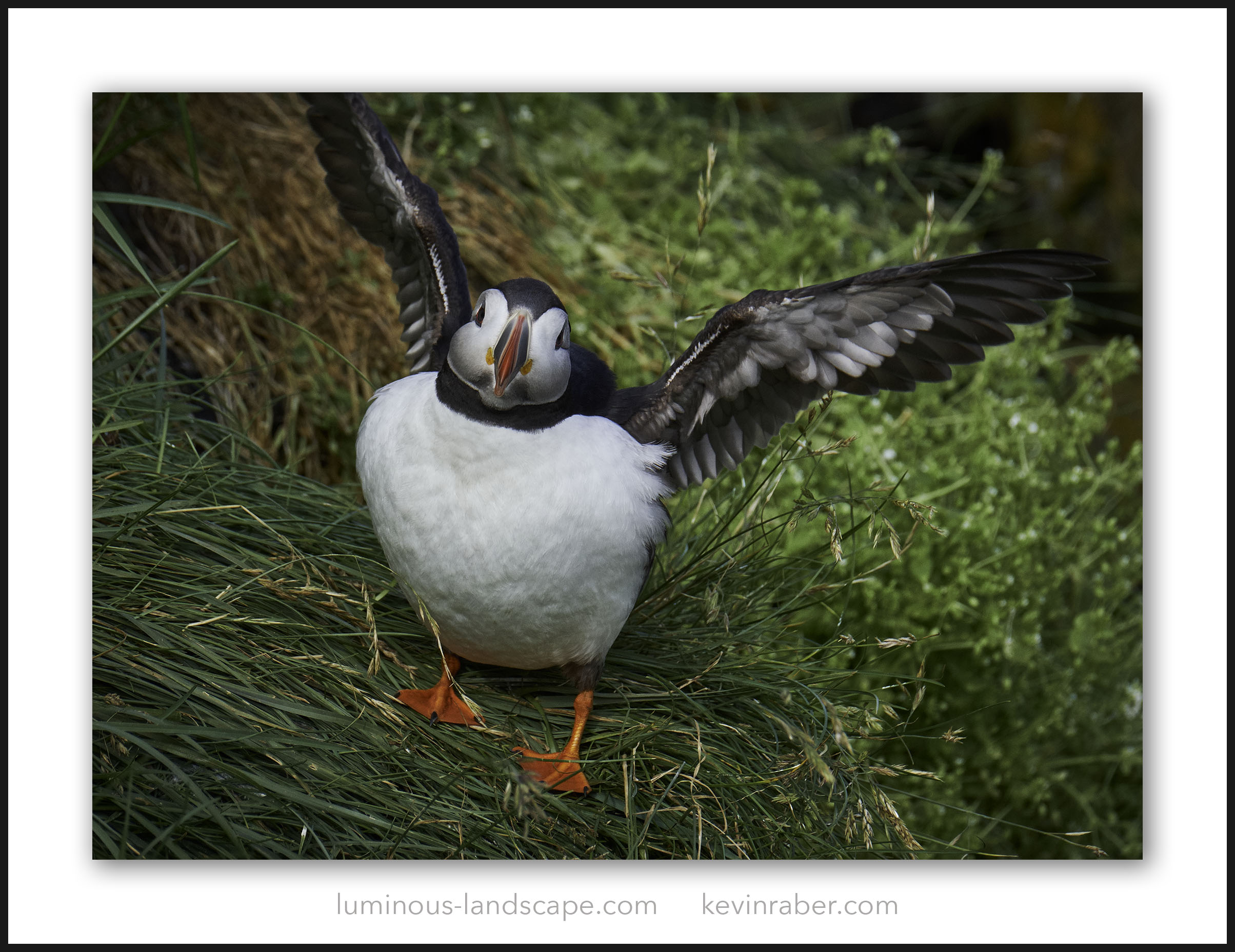 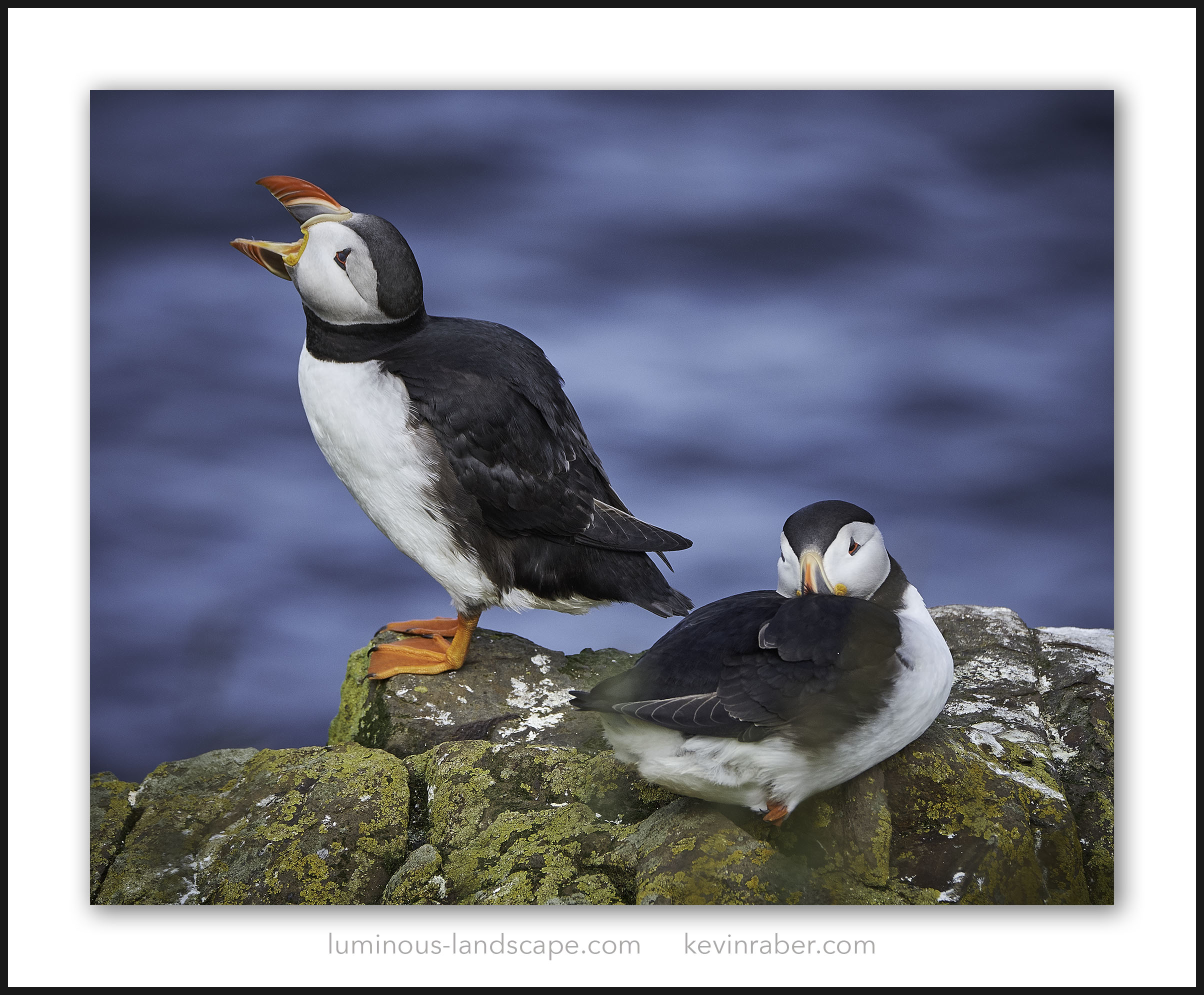 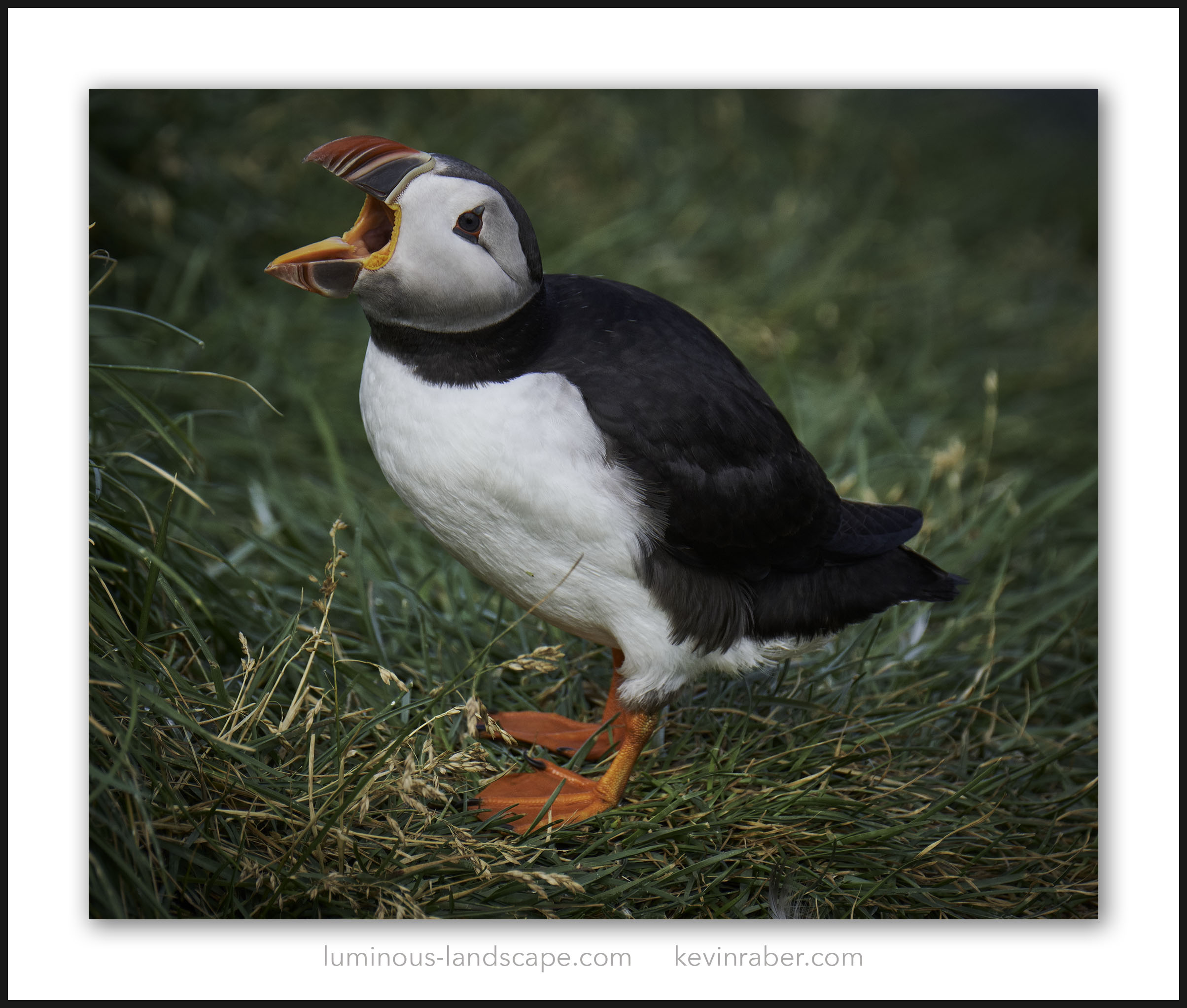 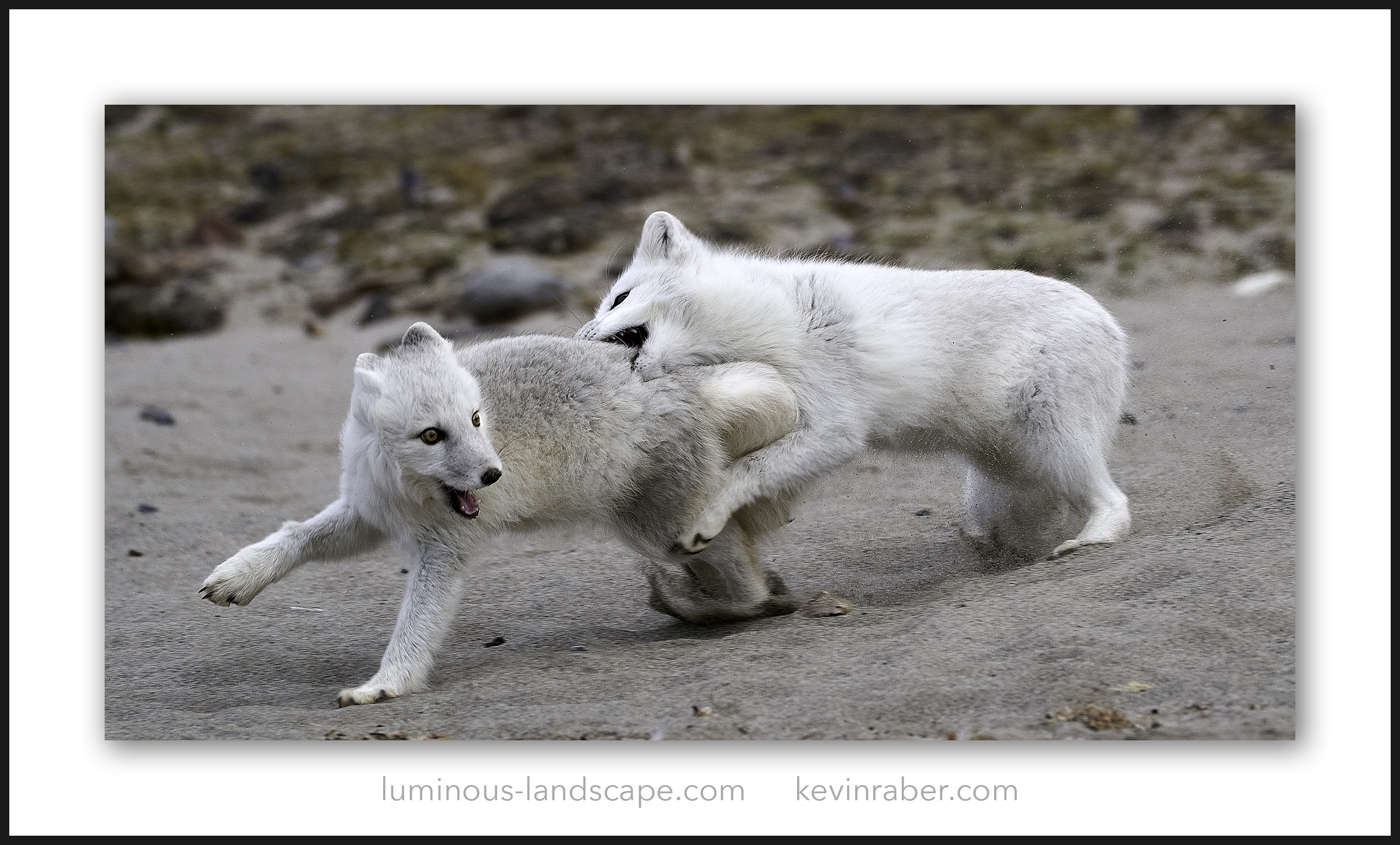 Wow, what a trip.  I’m now home from Greenland.  I leave again on Monday for another trip but today I wanted to post some photos from our first day of the trip.  Before we left Svalbard we had a day to explore.  I photographed Walrus and Arctic Fox.  These images are just two from an amazing session shooting these fox.  There were five of them and one caught a bird and took off from the others.  These little guys are amazingly fast.  I shot these with the new Sony a9 and 100-400mm GM lens. Auto-focus was amazing and I set the camera on manual at 1000th sec.  the ISO was set on auto.  This method allowed me to freeze action and allowed the ISO to vary for the light. 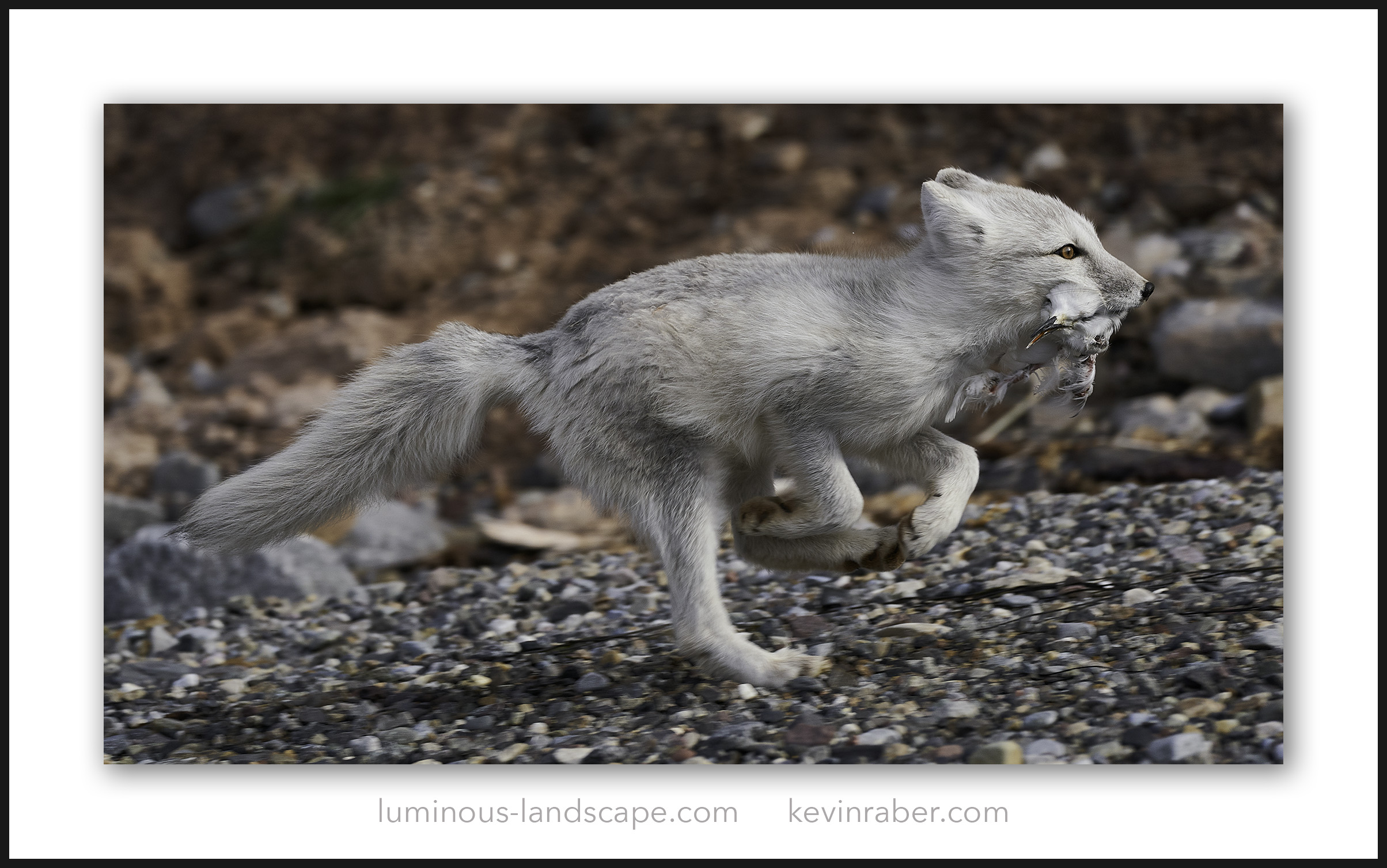 I love animals.  They have not a care in the world.  They are here to share their love with us and to show us how to have fun.  This photo should say it all.  There is one way to live and that is full steam ahead.  I shot a ton of images of these two dogs playing.  Just like I shot a ton of the Arctic foxes playing this past summer in Svalbard.  No matter where you go you will see animals having a good time.  I guess I’ll have to pick up a stick and run a little and see who wants to chase me.