My friend Seth Resnick has been posting images for the last month or so and instead of just saying what it is he shares the story behind it. I think this is a great idea and so from here on my images posted here will be a bit wordy with the story behind the photo. What I was thinking, why I saw the image this way and what I did in post processing to make the image what I wanted it to be.

I love abandoned places and rusty things and for many years I visited Silo City in Buffalo, New York to find a place that had both. My adventures here made me thrilled. My friend Mark Maio would arrange a yearly weekend shoot at this location. Silo City was a network of giant grain silos that were an important stepping stone in the last century to move grain harvests from the west to places on the east.

As photographers, they granted us access to the entire complex. There we lots of stairs, conveyors, pipes and machines throughout the complex. It was a dangerous place, to say the least. Silo City, for the most part, has now been sold off and under commercial development. I consider myself fortunate to have visited this location as many times as I had.

Photographing abandoned things, places, cars and houses is a passion of mine. These places tell stories and it is part of my personal mission to tell those stories with my photography. I also like to try different things with my images and in a lot of cases as with this image use symmetry as part of the composition.

There were a lot of things happening in this picture and I wanted the viewer to explore the angles and dangles as well as try to understand what they were looking at. I used the receding lines of the columns and the “V” shape at the top of the columns to drive the viewers’ eye through the image. As you explore the image you see many diagonal that transport the eye through the photo as well. And, I loved the dangling light bulb.

Many photographers may have contemplated this shot for a while. For me I am a fast contemplator. I moved around as well as up and down until I saw the scene balance itself out. I was already thinking as I shot the photo how I would post process it. It needed to be monochrome. In the end I added a slight tint of sepia to it to accent the abandoned feel to it.

In post processing, I also increased to contrast and stricture a bit to bring out the textures in the concrete and the rust in the metal conveyors.

I’ll share more from Silo City soon. I also did a shoot where I used a model to interact with the machines there. As far as the technical, this was shot with a Nikon D800 and a 24-70mm zoom at f/16 to keep depth of field.

I have sold numerous prints of this image and it looks beautiful as a print and the print allows to viewer to explore all the little nuances in the image.

For twenty plus years have been visiting the Palouse.  Usually I visit in the early summer (middle of June).  I then occasionally visit in August for the harvest, which is great time to photograph the Palouse in a different color .  The landscape is dynamic in the harvest because it is always changing.  This year has been an exceptional year so far in the Palouse.  I have never seen it is a green.  There has been consistently cool temperatures and more rain than expected.  The area is all green.  Sometimes so green as it hurts your eyes to see so much green.

If you are ever interested in joining me on one of my workshops to the Palouse, please visit Rockhopper Workshops To See info and register.

The images presented present here are just a drop in the bucket. They were made with my Sony a7riv and Sony a1. I also used my iPhone as I wanted to see how it did on a journey like this.  More images from the iPhone series will be presented here soon. 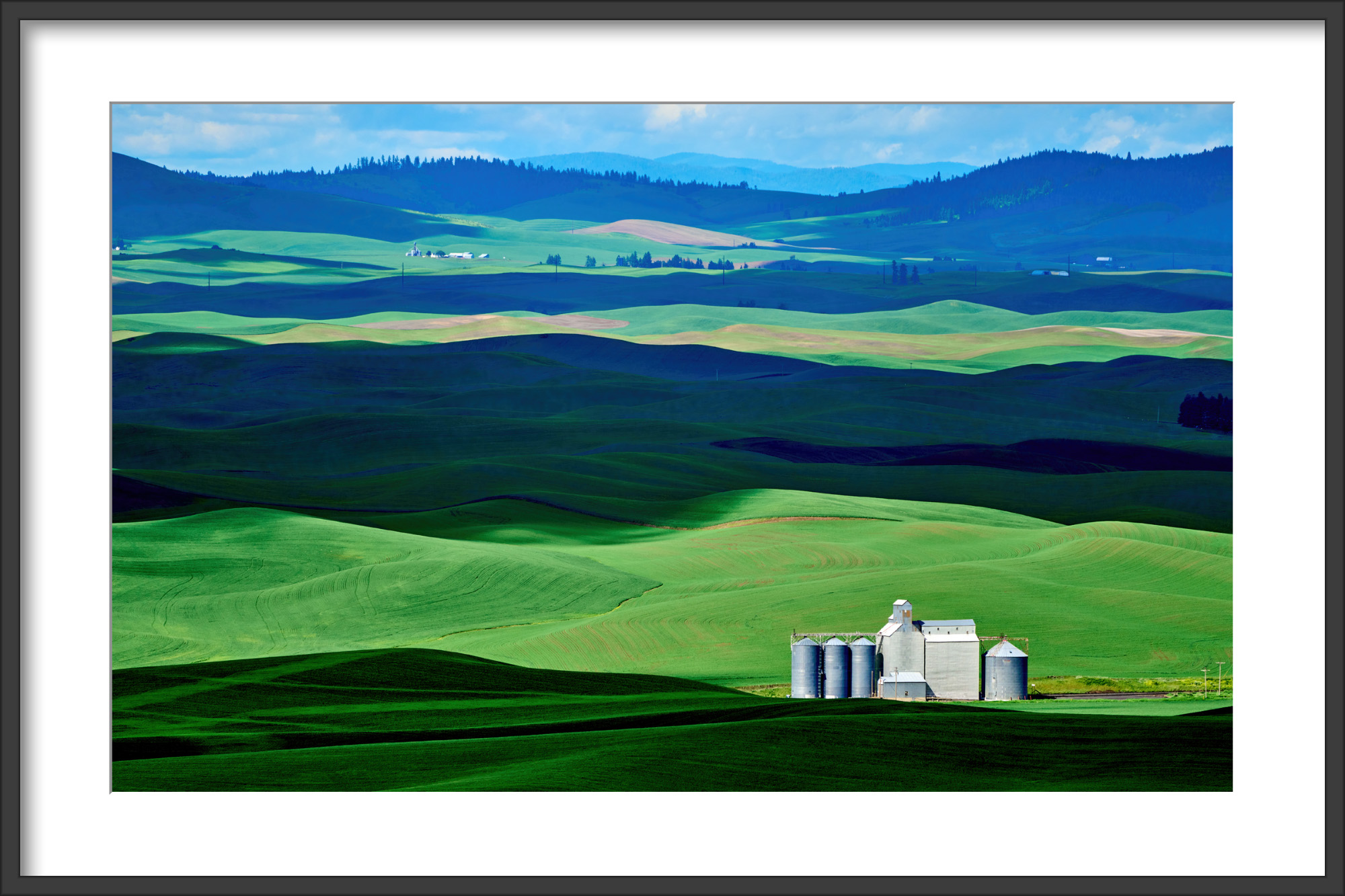 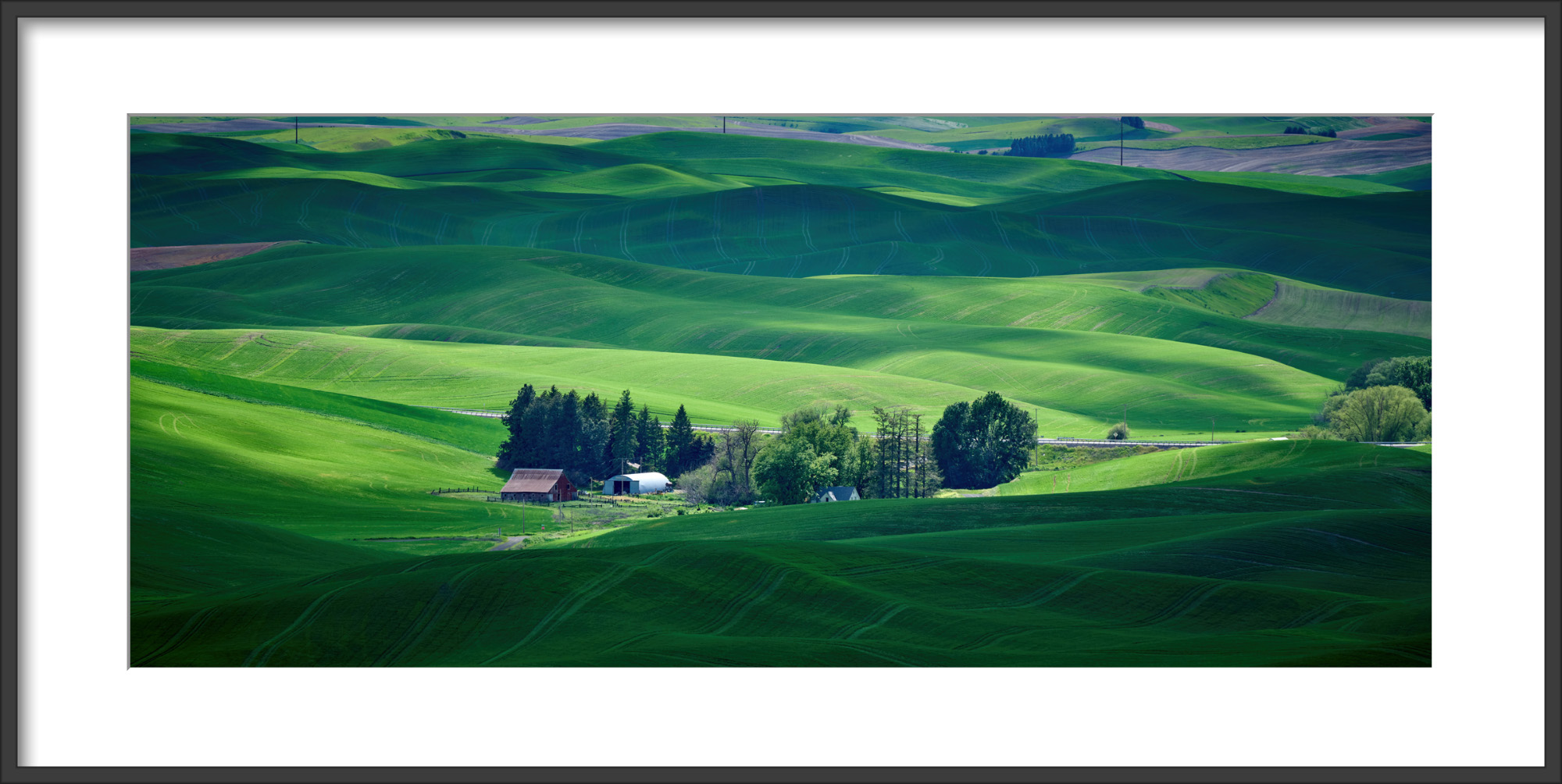 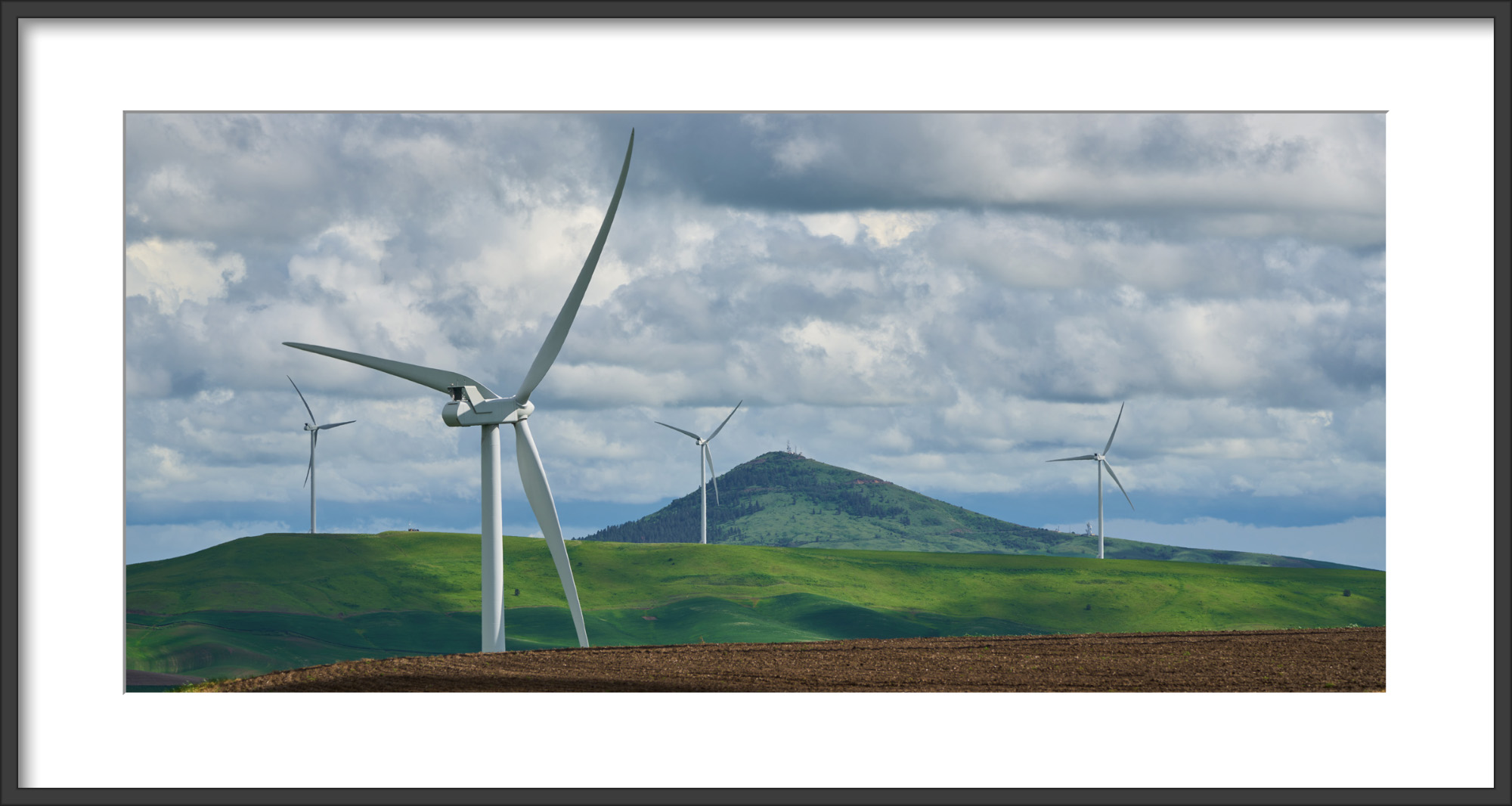 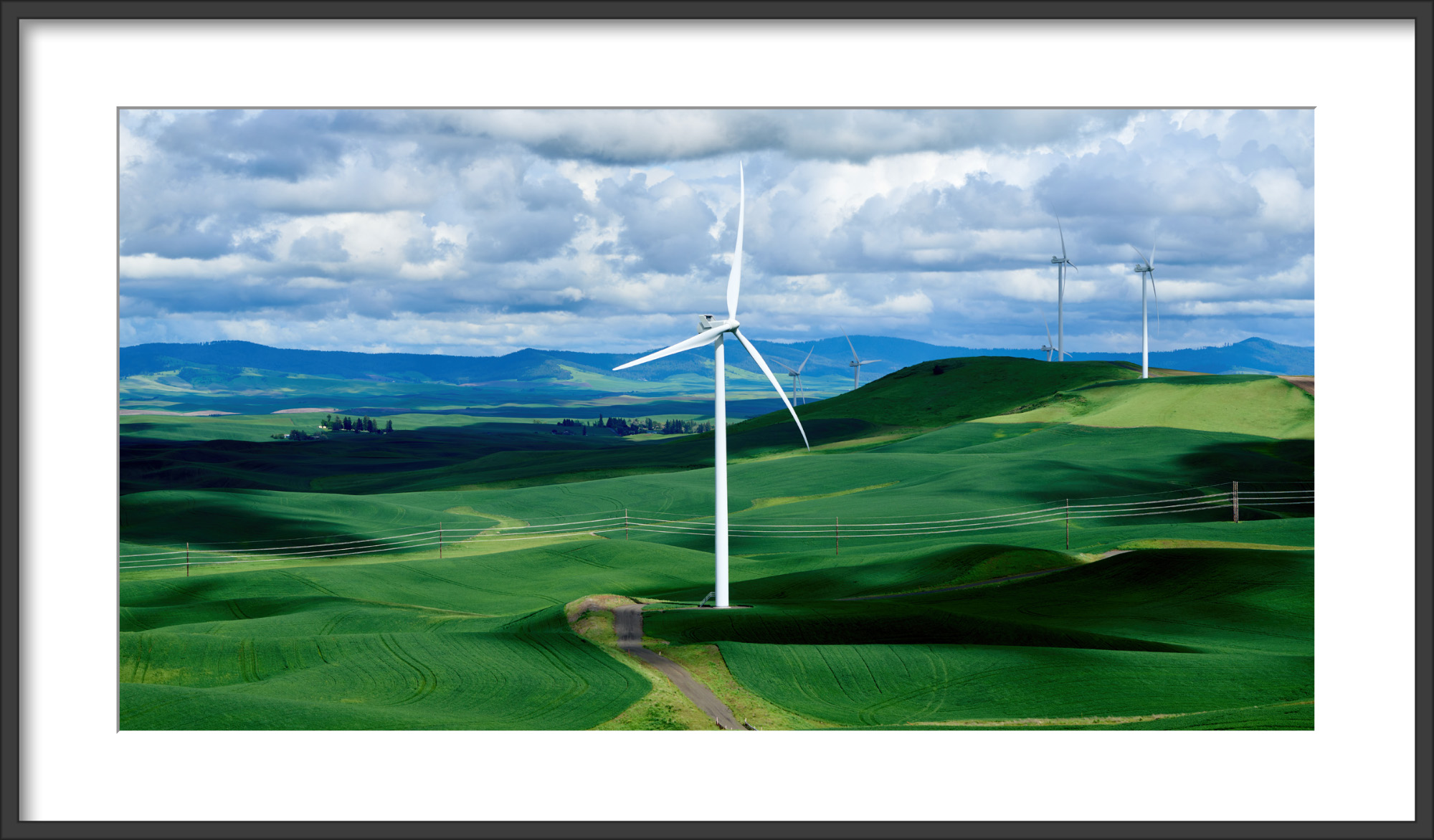 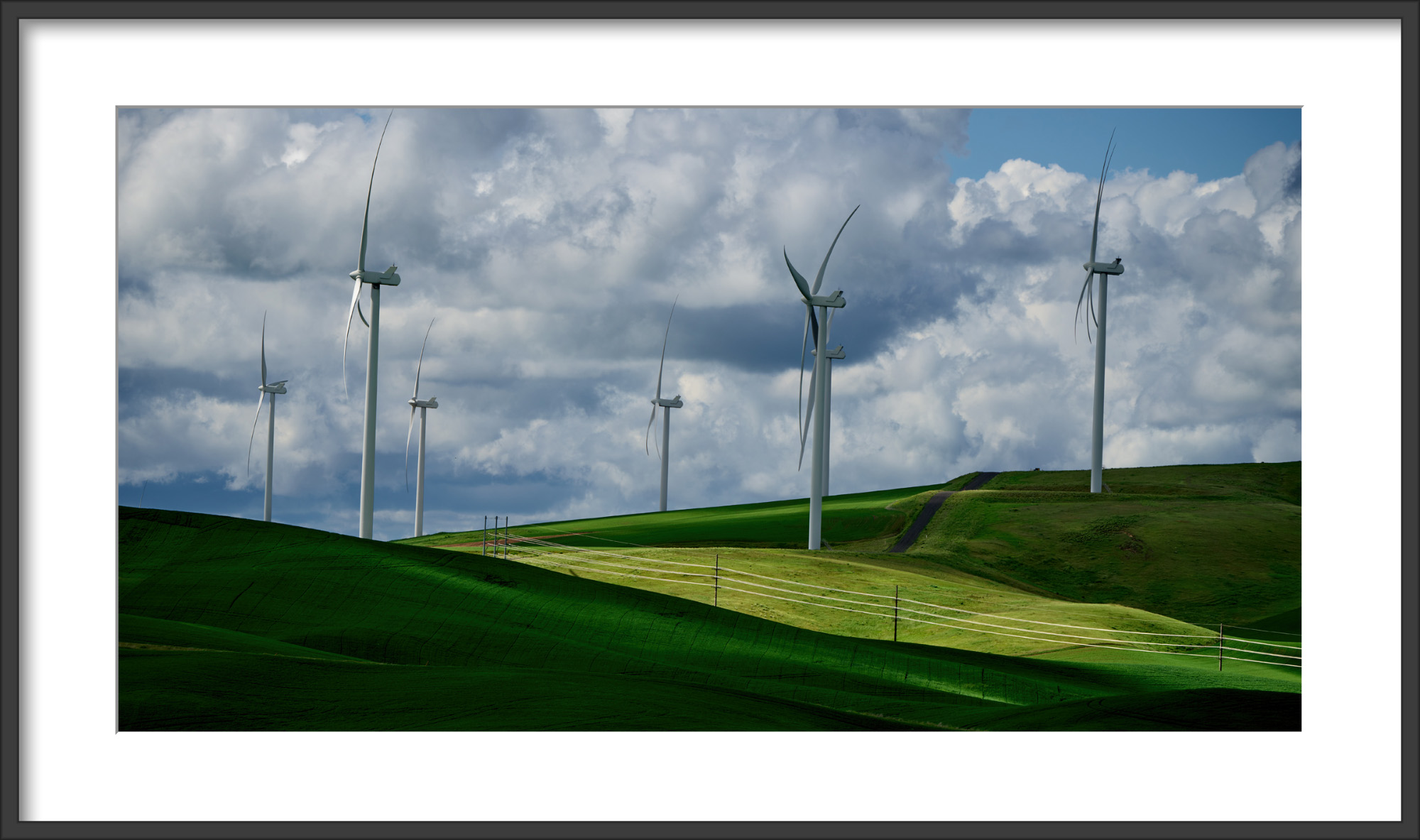 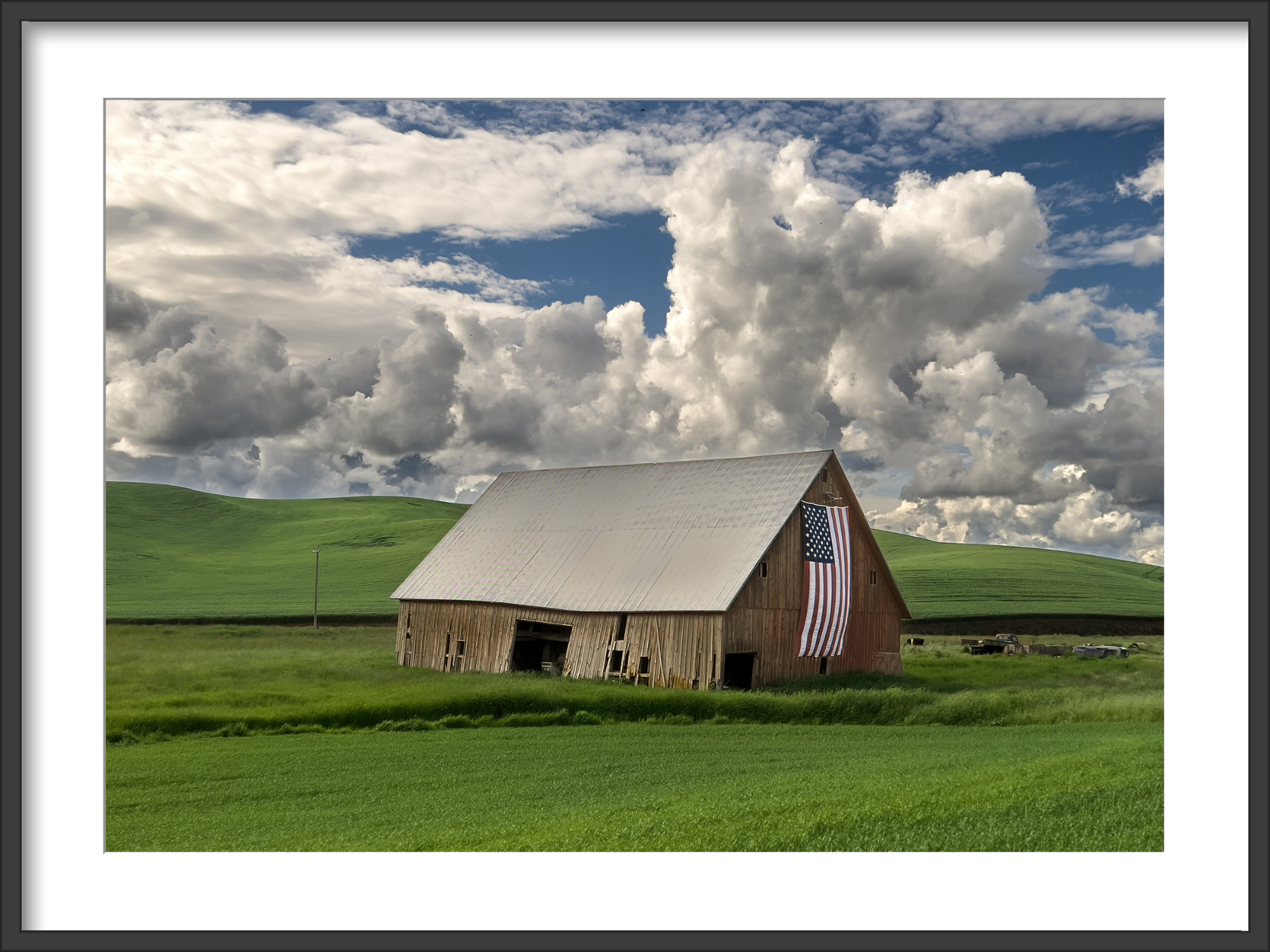 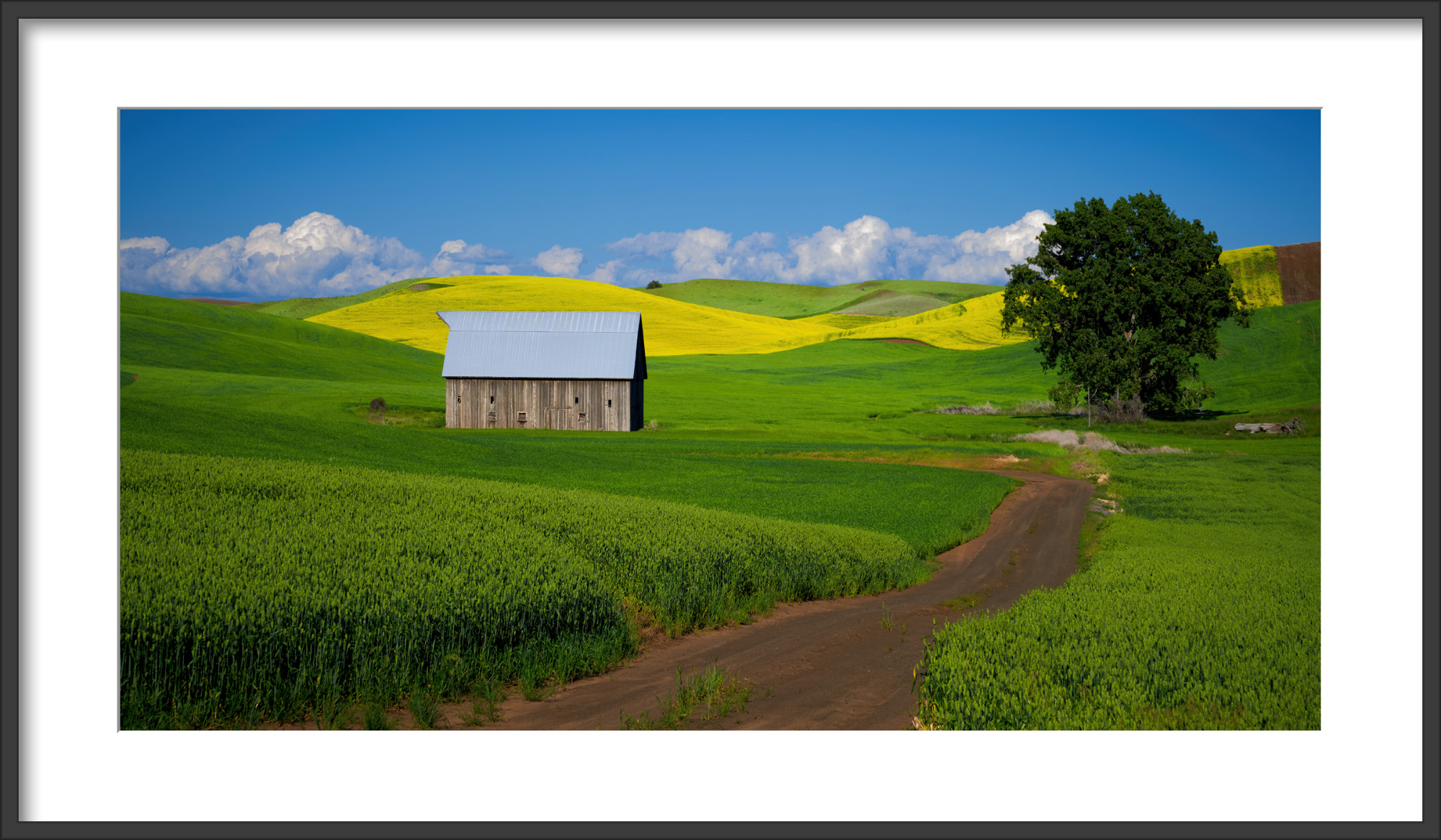 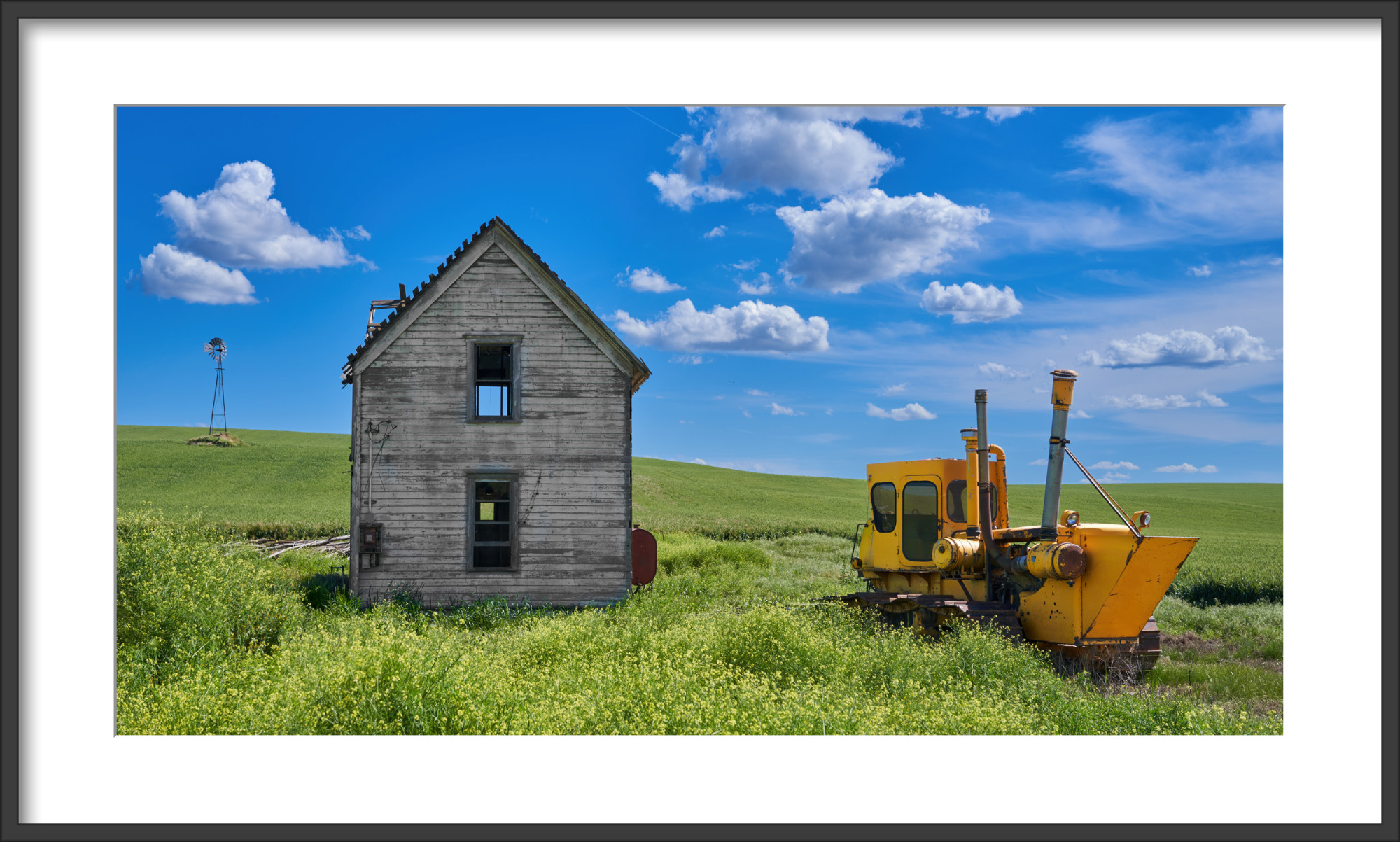 The Faore Isalnds are a small group of islands in the North Atlantic ocean. Much smaller that Iceland, these islands offer up a variety of great images to photographers.  Small villages and immense seascapes and landscapes await those that visit.  These are just two images I did in MAy 2022 in the Faroes.  More to come.

Who doesn’t like a sunset. These are two sunsets I recently came across while going through some of my old files.  One was from Antarctica and the other was from Olympic National Park and 2nd Street beach. They just go to show some of the looks a sunset can make.  I just returned from the Palouse and there were some gorgeous layered sunsets from that trip.  I’ll post them here soon.  Please enjoy these just for what they are sunsets. 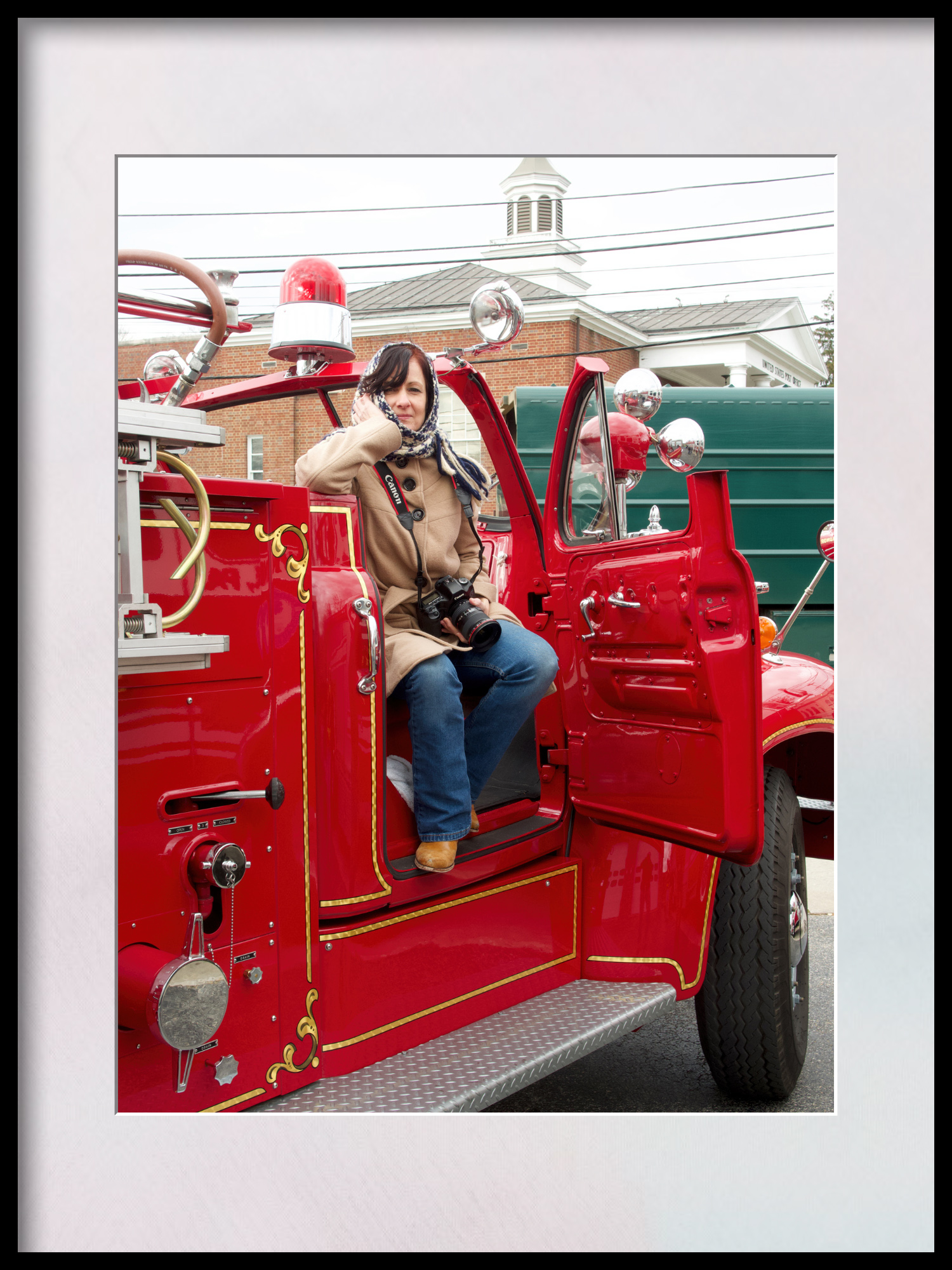 I graduated in 1972 from Radnor High School. This year is our 50th reunion—fifty Fxxxing years. I never thought I would make it this far. I went back for the 40th reunion and had a blast. I took Debra with me, and she got to meet all my old friends and visit the firehouse I worked out of. Radnor Fire Company in Wayne, PA, was the first fire company in America to have a motorized fire truck. I was a firefighter, Fireman of the year, and assistant chief during my many years there. Those years were some of the finest in my life. While we were there, I went on a nostalgic ride on the 1954 Mack, Wayne 2. This truck was there when I joined in 1972 and then was sold to a fire company in Vermont. The Radnor Fire Company repurchased it and restored it. It’s a genuine fire truck. Noisy, open cab was what fire trucks were all about. My friends there took the truck out while I was there. Debra got to ride in the cab, and I rode on the back step with Don Wood, a past chief and my Physics teacher in high school. Oh what fun that ride was.

The reunion was fun as I caught up with many old friends. But, showing Debra, where I grew up and sharing my experiences, were excellent. We go back this August for the 50th reunion, and I am sure I’ll have some great photos from that trip. 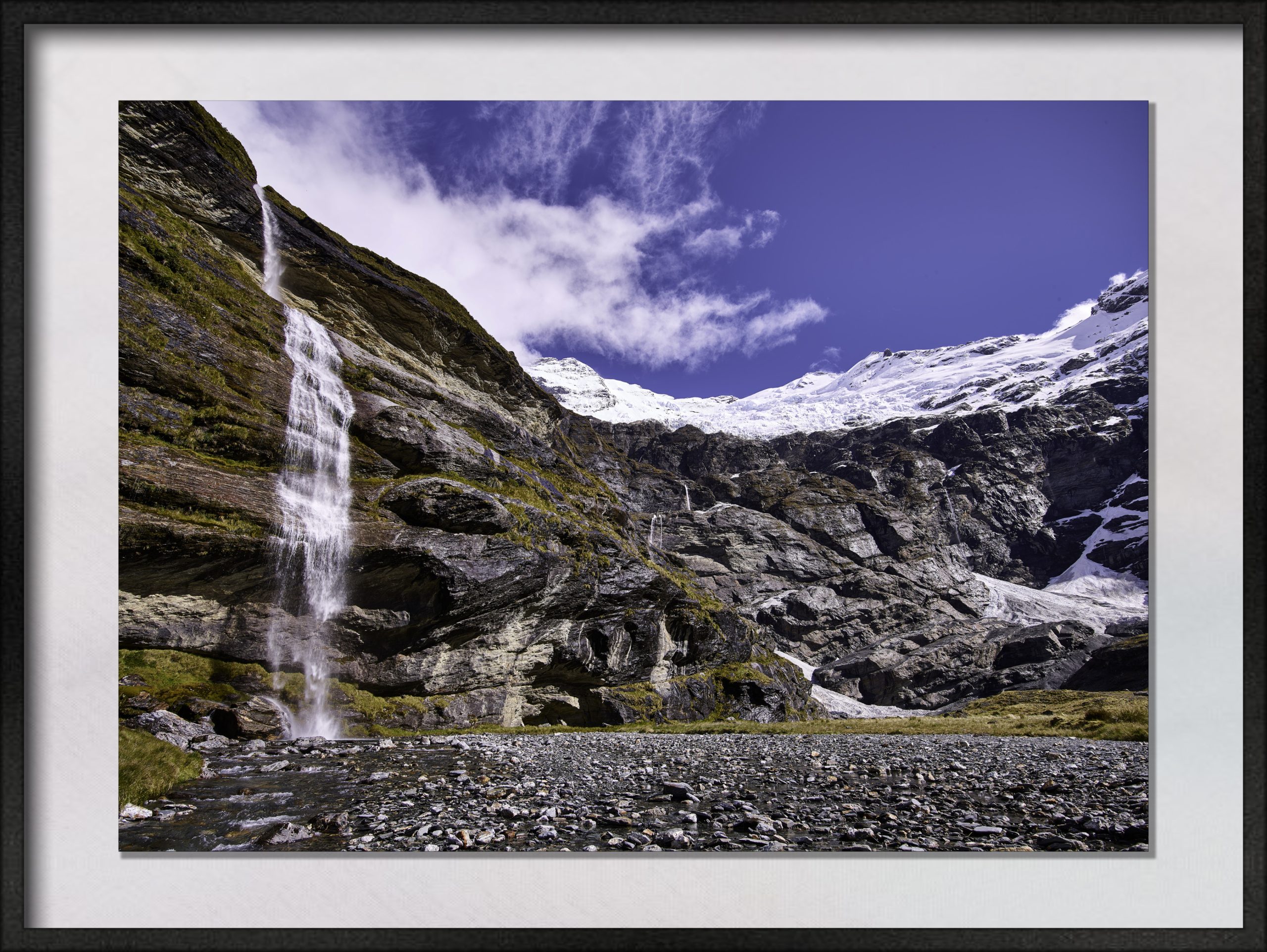 Ernslaw Burn, a funny name.  You’d think it was a location for a forest fire or something.  No, it is one of the most magnificent places I have ever visited.  It is in New Zealand and like a lot of places in New Zealand it is magic.  The burn is a bowl-shaped hollow high up in the mountains with glaciers and waterfalls falling inti buy the hundreds.  On one of my workshops to Ernslaw Burn we ferried participants up a high and long valley by helicopter.  Once there, we were free to explore and take it all in.  Words can’t describe it but hopefully some of these pictures will.  Maybe I’ll try another workshop in New Zealand in the next year or so now that the pandemic is subsiding. 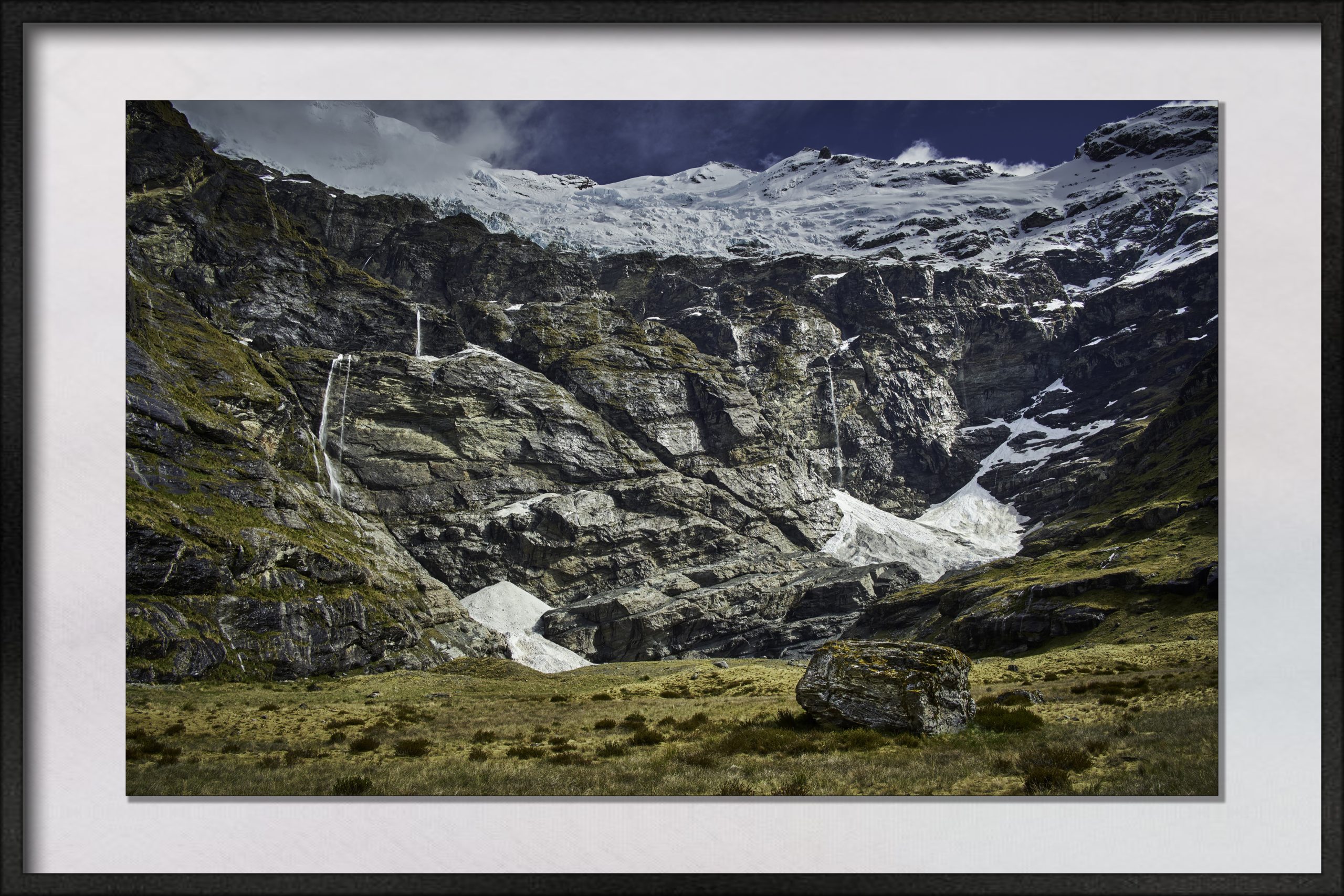 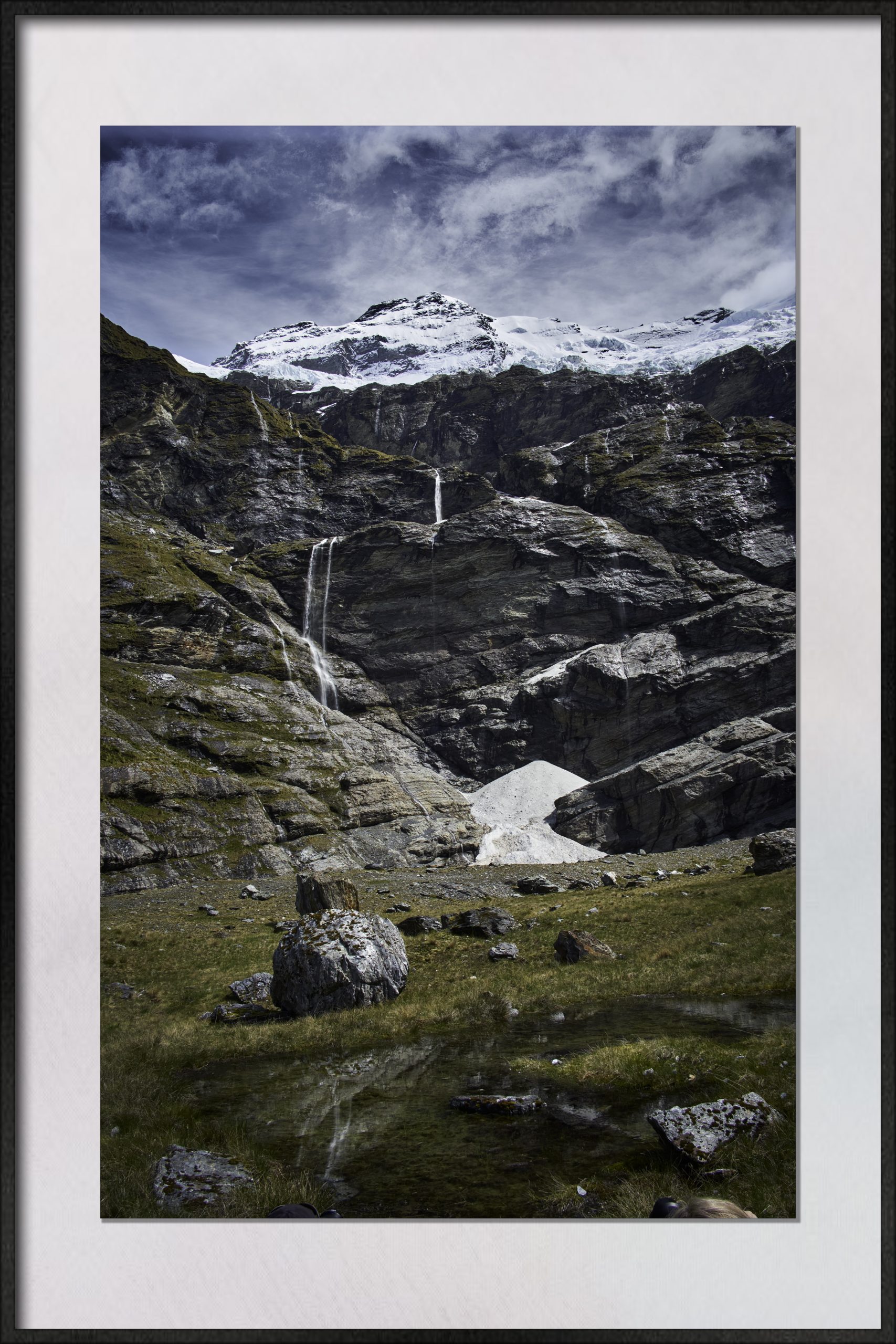 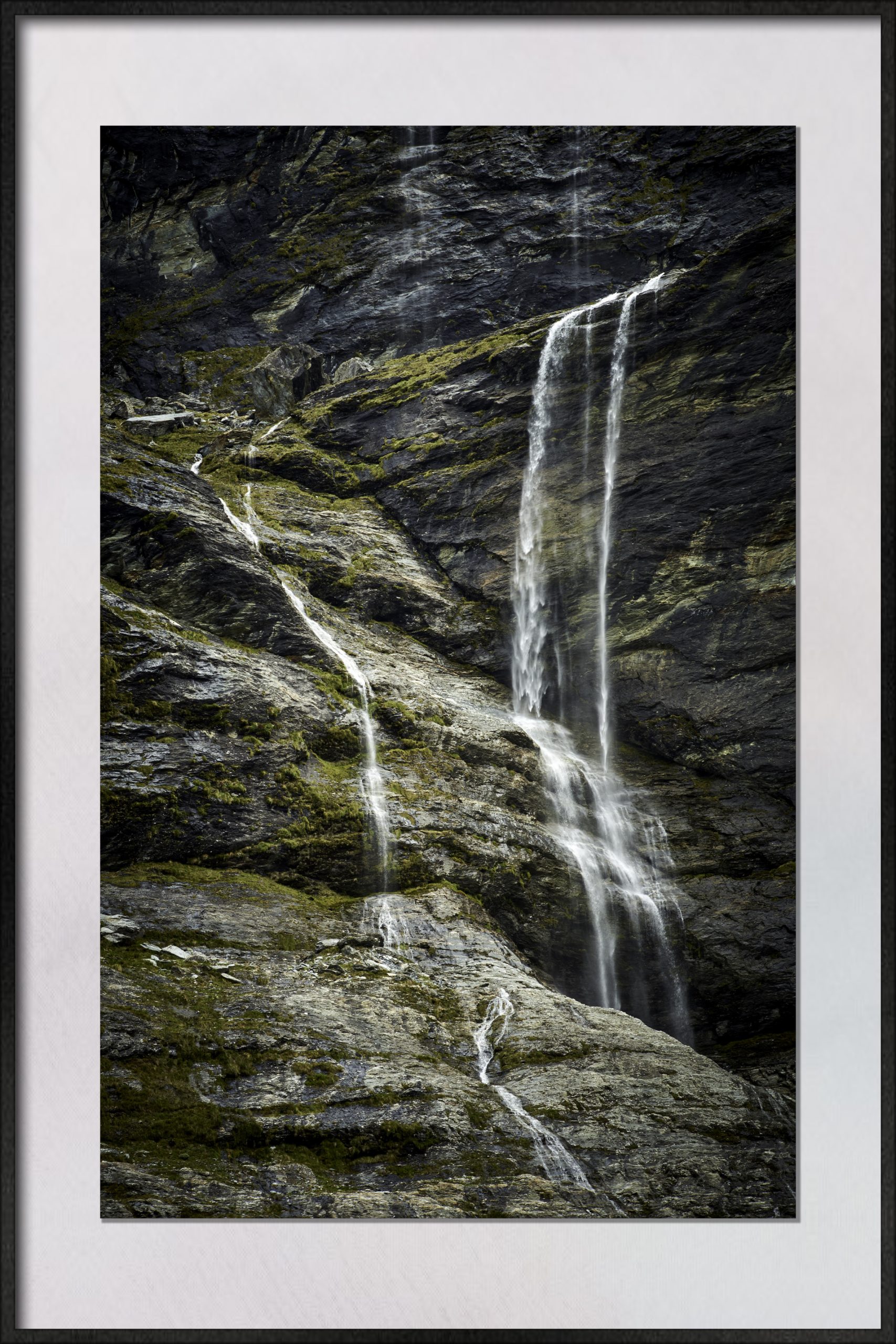 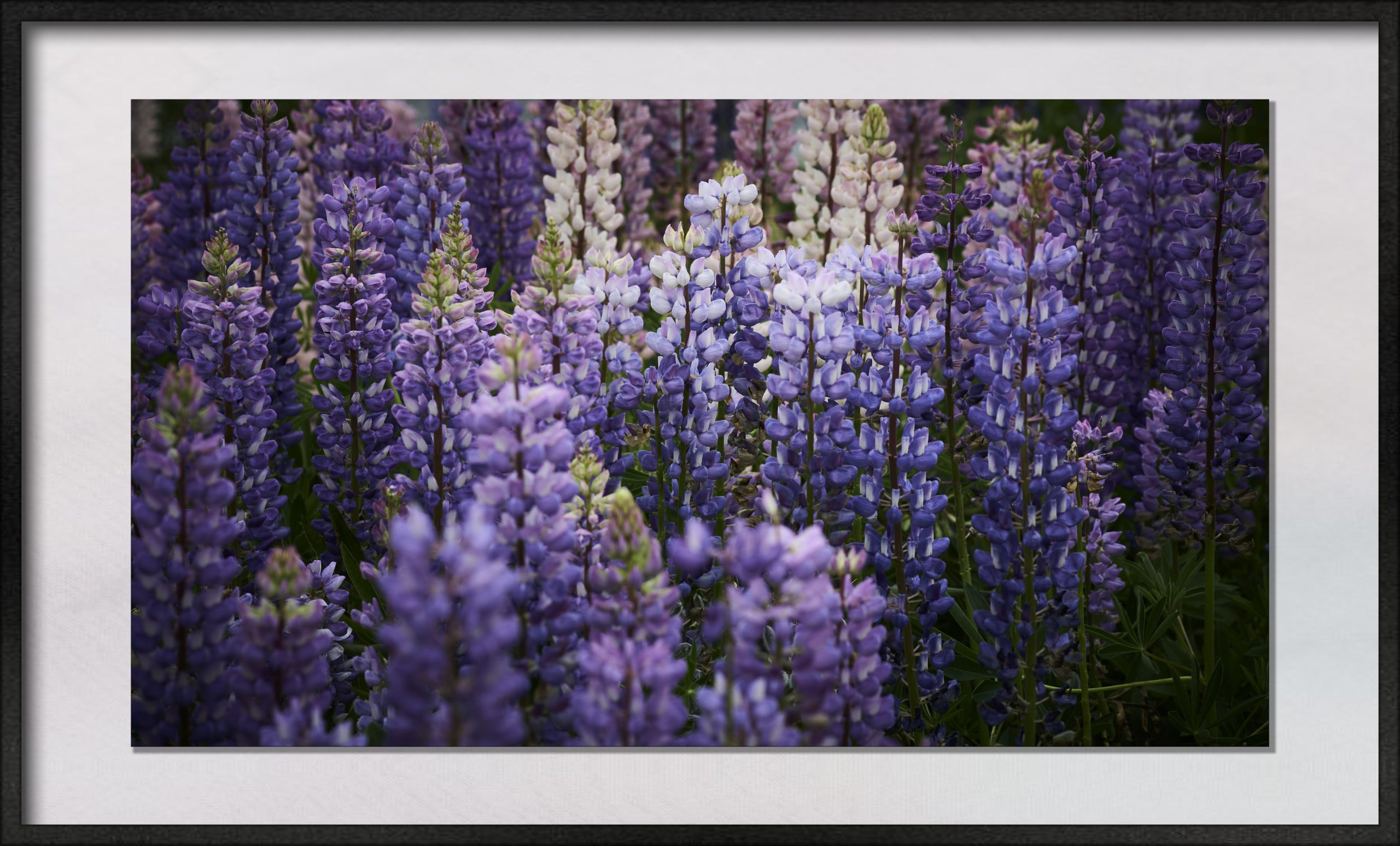 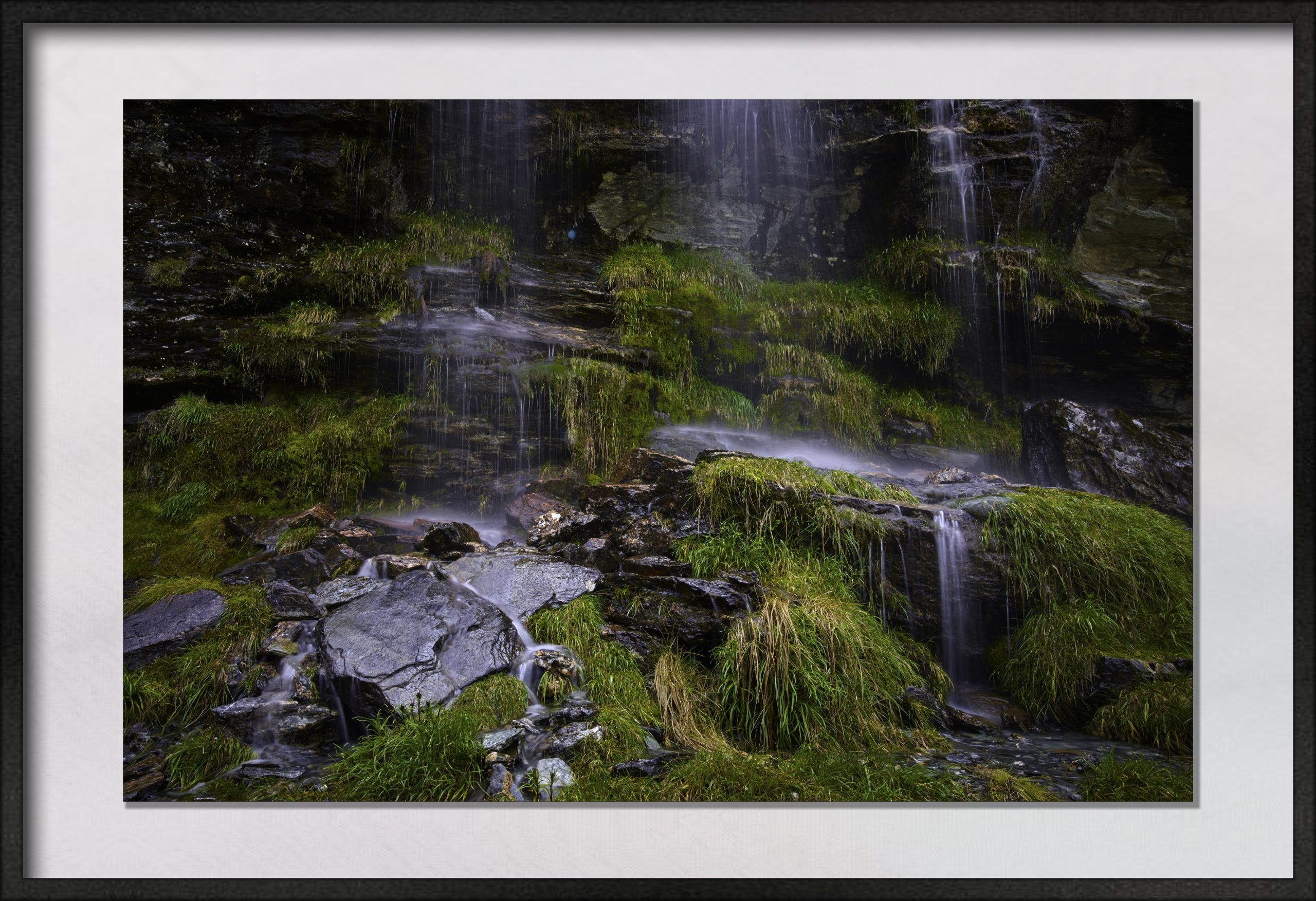 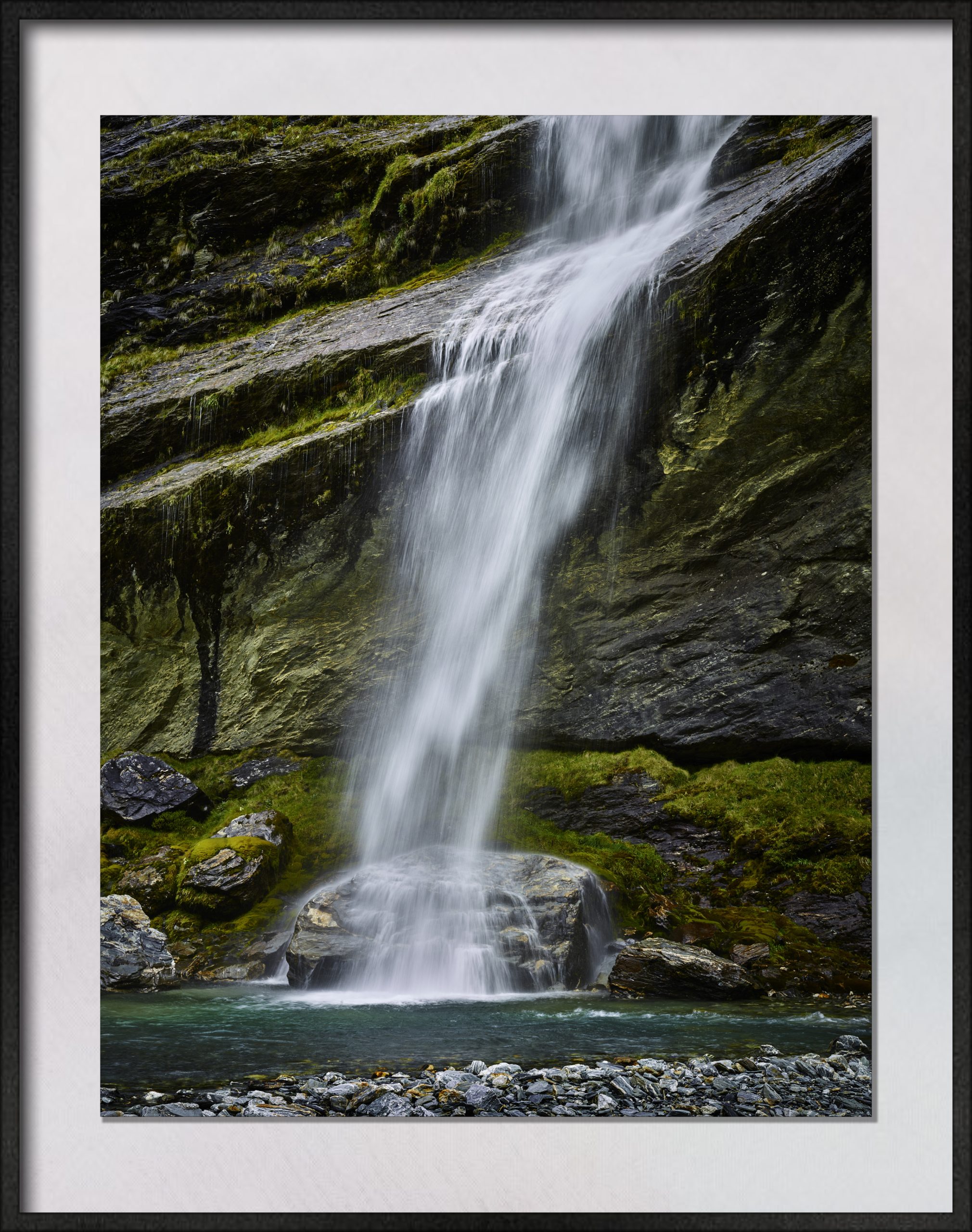 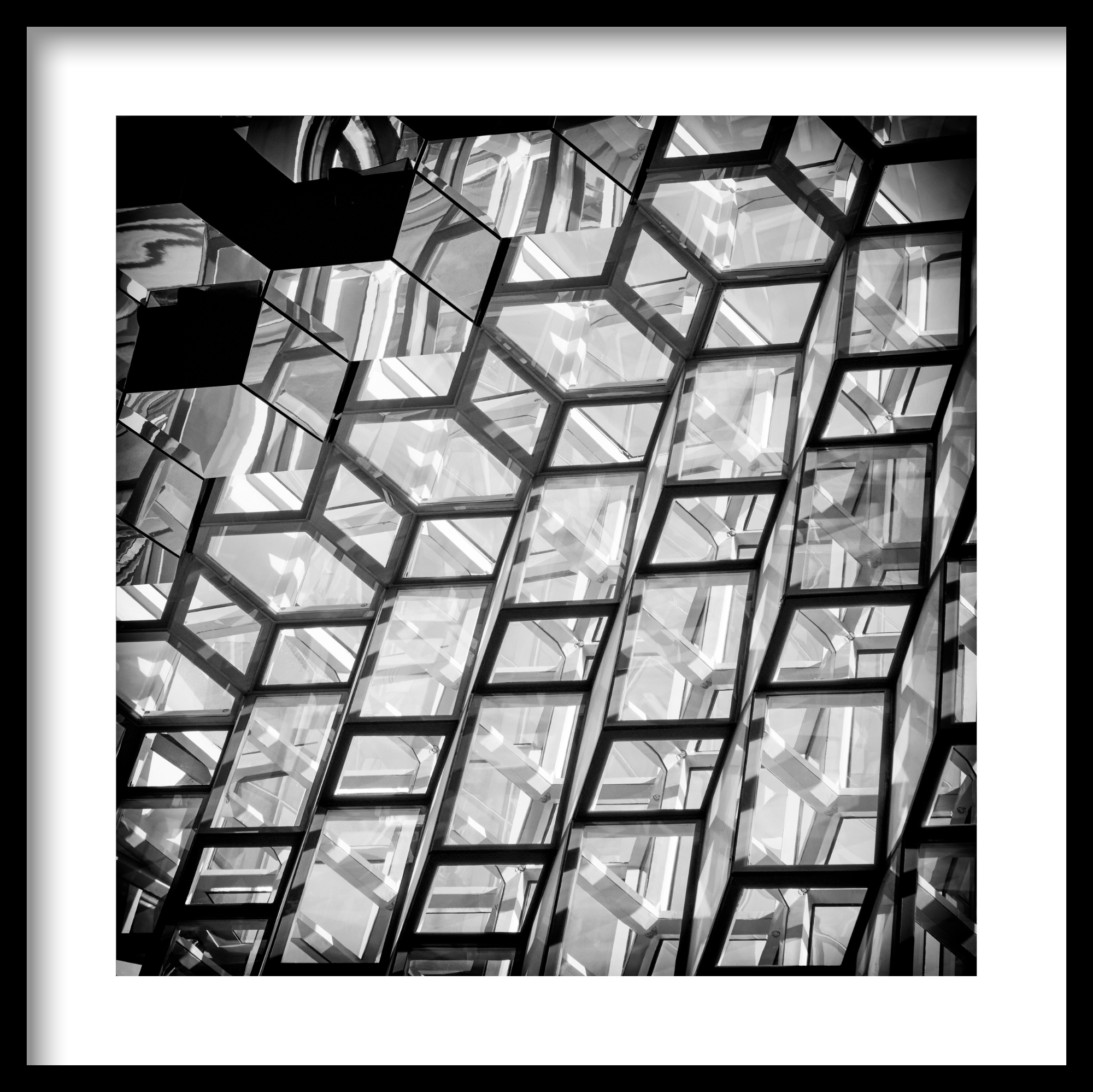 In my travels, I enjoy walking around cities.  I do this for a few reasons.  First, I love to do street photography.  This is a chance to shoot people and the environment to show spontaneous and candid life.  The other is looking at the architecture and trying to find abstracts in unique and beautiful buildings.

In this series of buildings, I found so much it was crazy.  This is the opera house in Iceland.  Known as Harpa it is an amazing building both inside and outside.  If you ever get to Iceland make sure you spend some time photographing this building.  Iceland is one of the most photo-rich lands you can visit.  It’s pretty easy to get a good photo there. 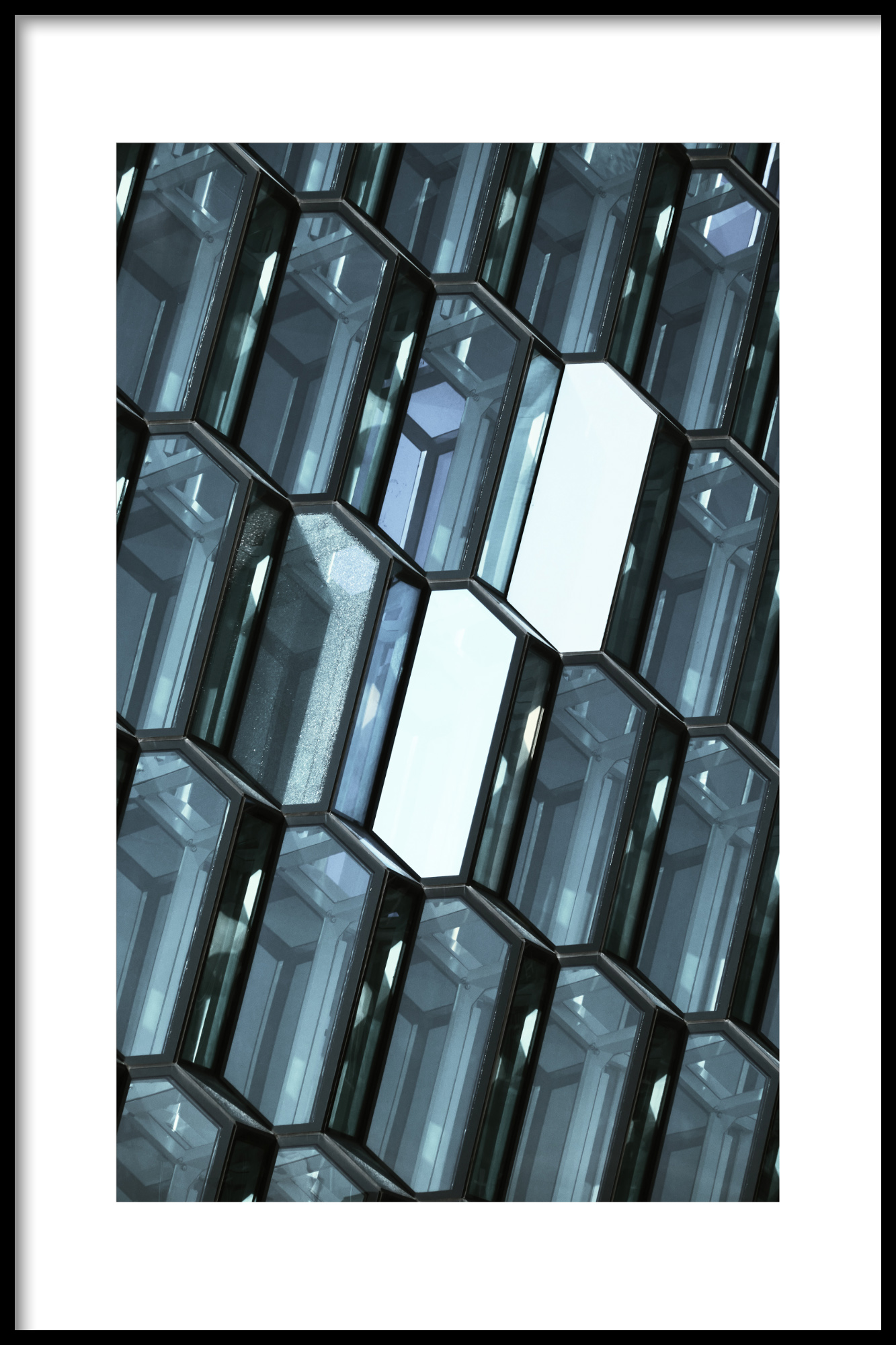 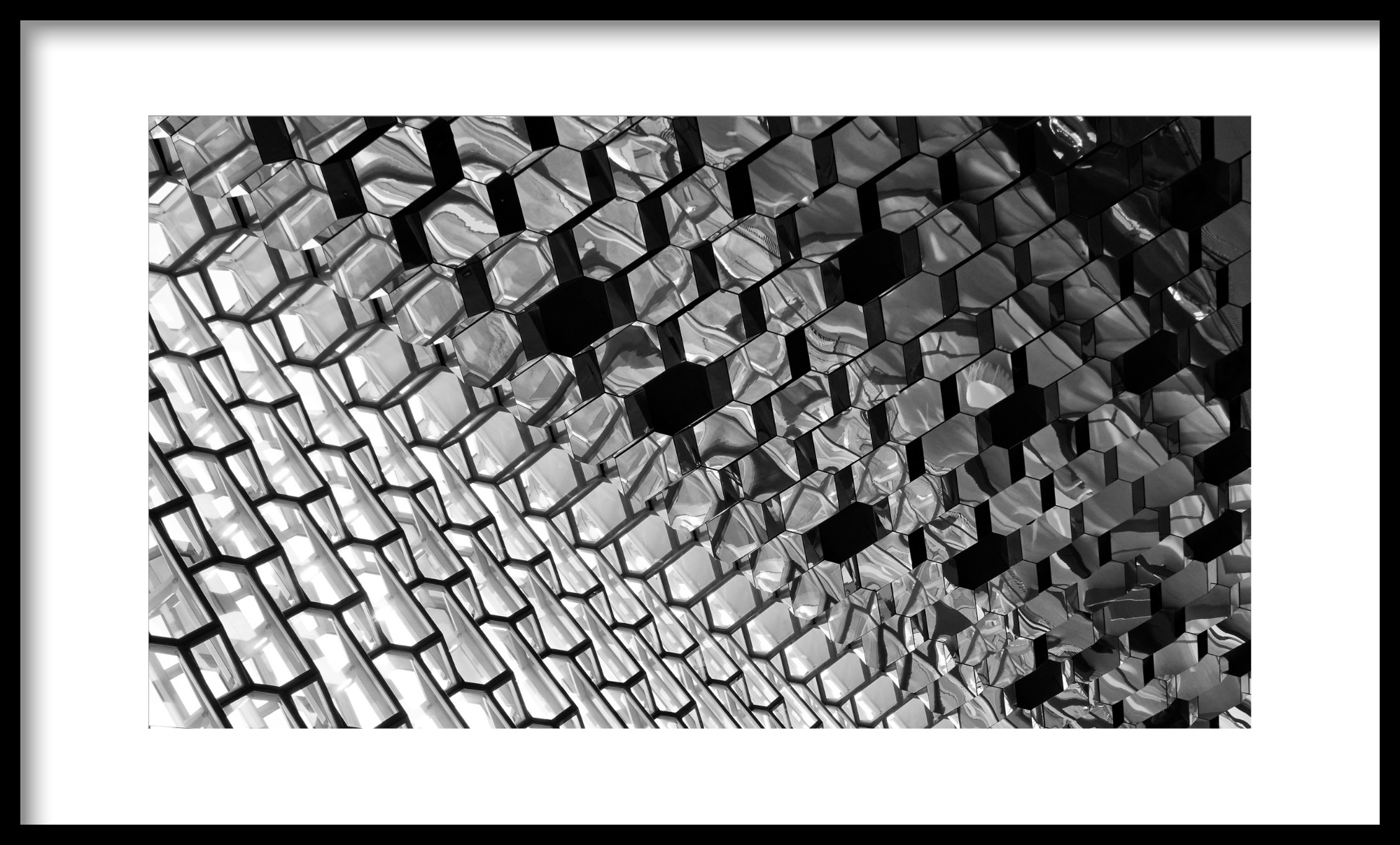 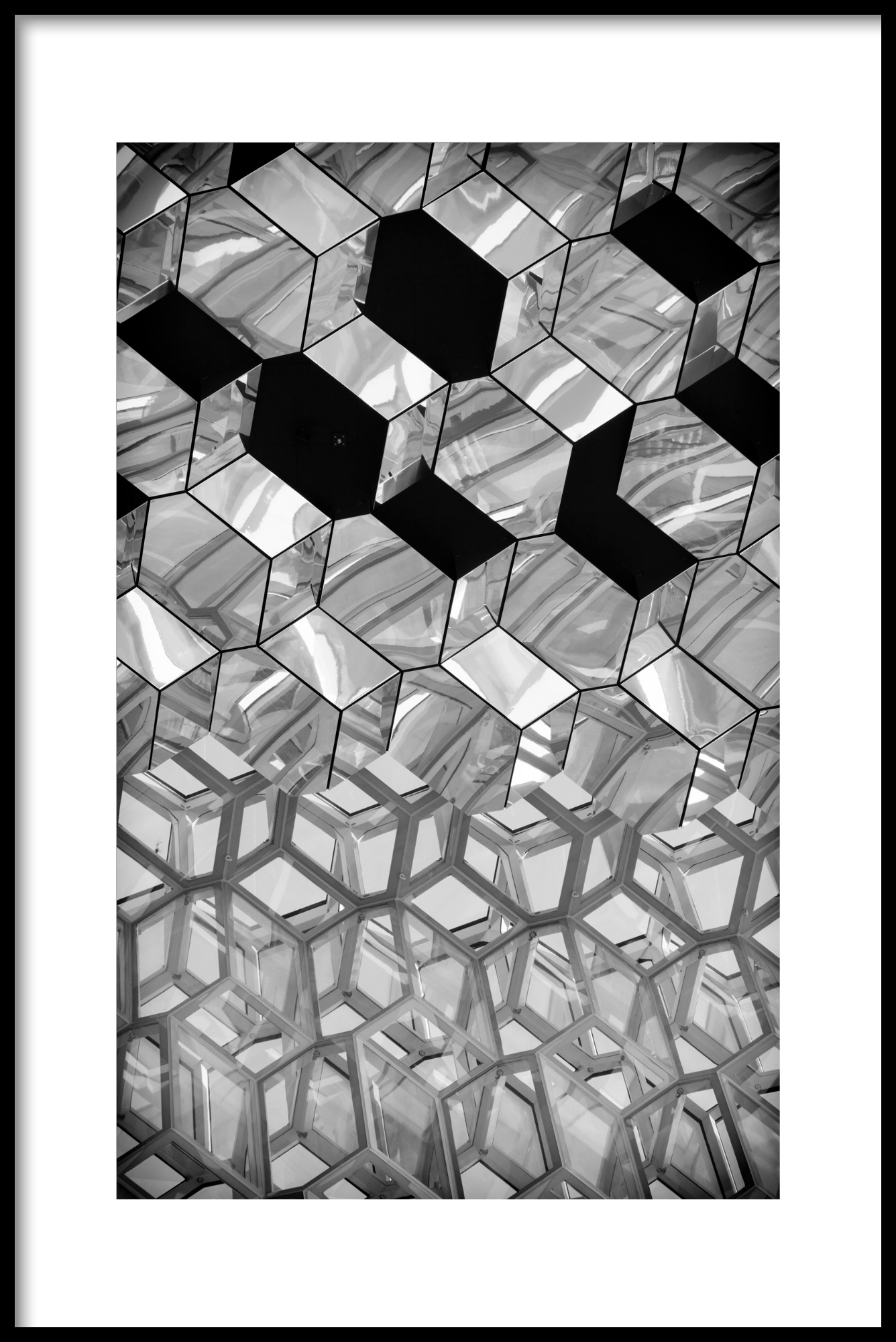 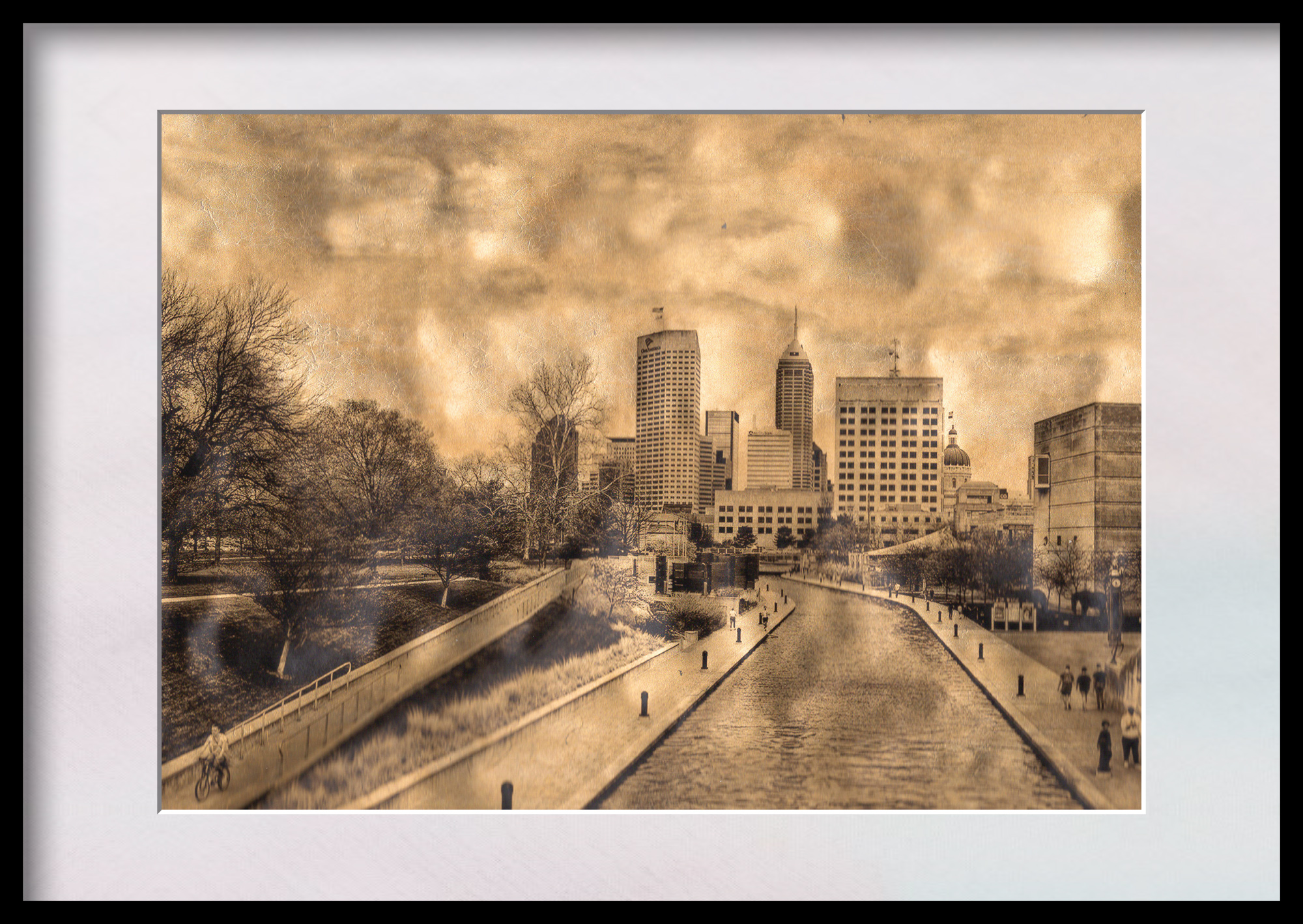 The pandemic has slowed us down from going out and photographing as we used to.  Travel has been extremely curtailed and as such, I have been looking for new ways to expand my photographic art.

A number of years ago, a great friend who sadly has passed away showed me some prints he had made using gold leaf.  He learned this technique from Dab Burkholder, who is one of the best photo instructors I have met.  Thus, I saw a workshop online where Dan was teaching this technique.  I signed up for it, bought his kit, took the class, and quickly became addicted.  I now have over 100 images I have gilded, as it is called.  The procedure is a bit of work but the end result is many times unpredictable, but always satisfying.  I will feature all my gilded images in the near future with an album I am doing, but for now, please enjoy this 9×12 inch gold leaf photograph of downtown Indianapolis. 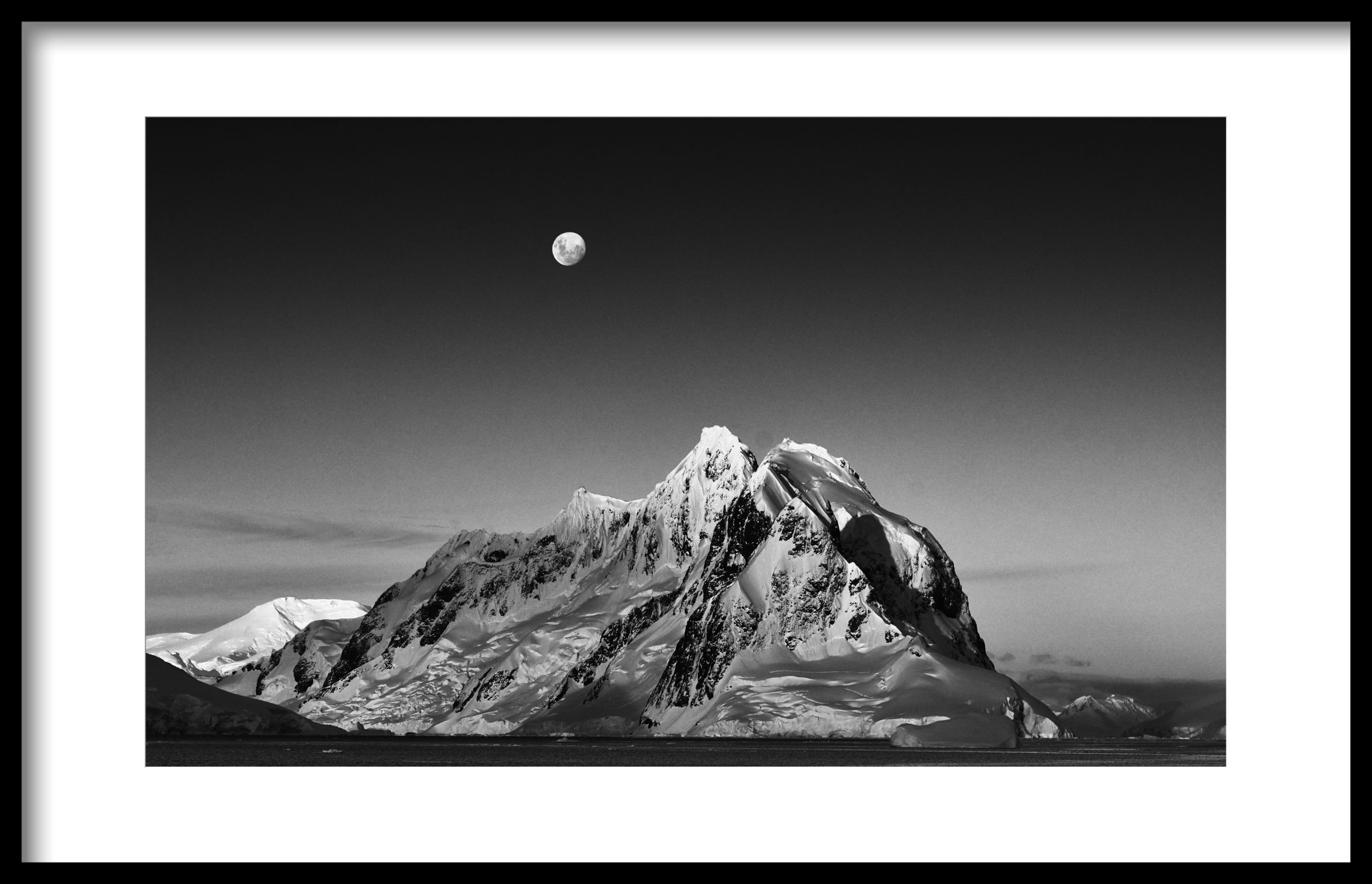 On a trip to Antarctica a few years ago we were sailing in a channel between two large mountains photographing feeding humpback whales.  It was a wonderful evening with photo opportunities of the starboard and port bows.  I was at the stern of the ship and heard a lot of shouts coming from the bow.  Something must be happening.  A few seconds later, as we moved forward, we got the glimpse of the moon rising next to this mountain.  The sky was pink, magenta and the snow had a special color to it.  It was a great look, and I got great shots.  You know it’s good when the captain of the ship comes out and turns the ship in a circle so he can take a picture with his point and shoot.

A month ago from this post I revisited my images.  I loved this shot and decided I needed to see it in BW.  Thus, I worked on the BW conversion.  This is what I got.  I tuned it for dark sky’s and subtle grays.  It kind of reminds me of an Ansel Adams photo. 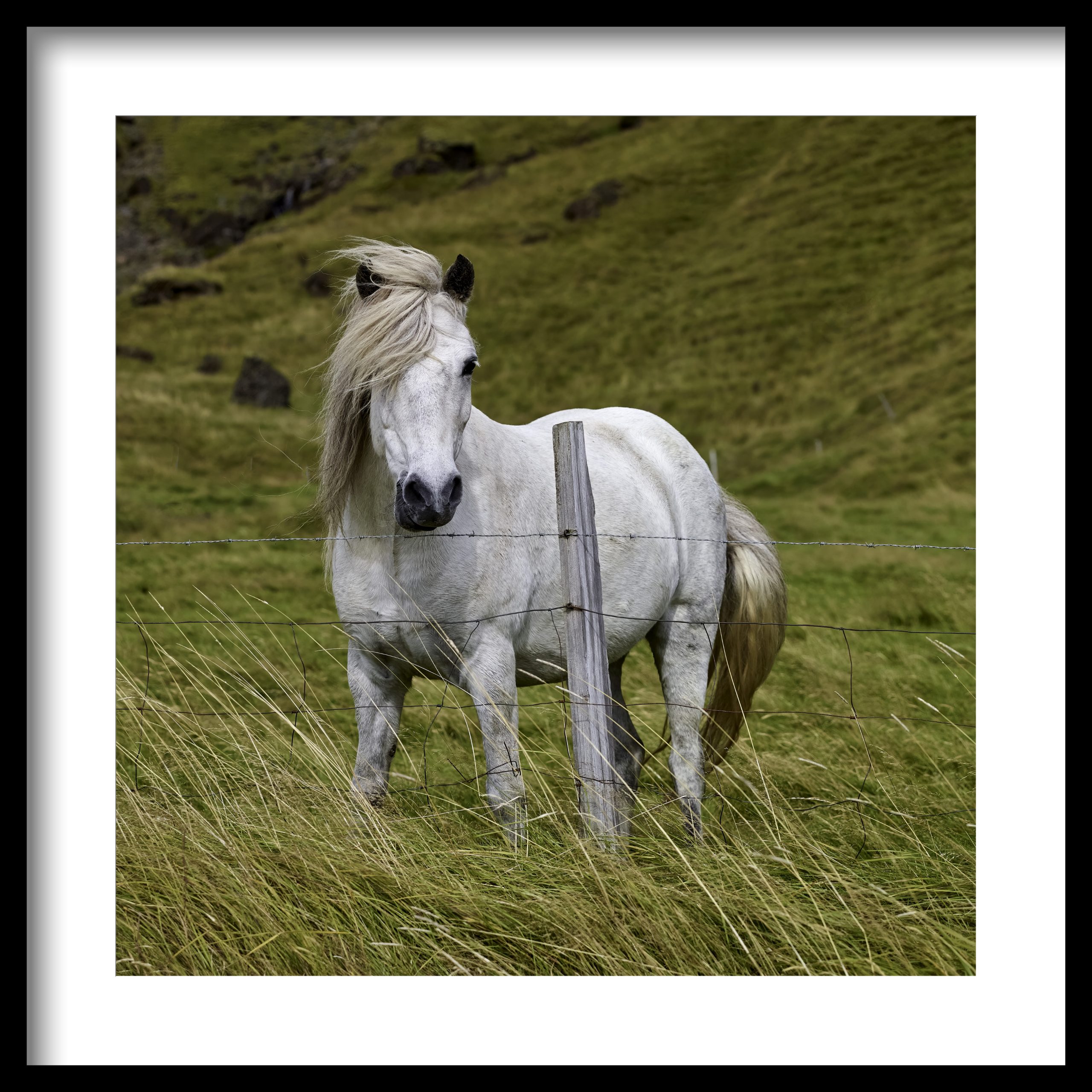 Iceland is a land of beauty in so many ways.  One of the special things is the horses in Iceland. They are unique to Iceland and they are just plain cool.  They are sturdy little horses that can put up with the harshest weather.  Their tales and mains are long and flowing.  You see horses all over Iceland and if you stop and visit with them, they will come right up to you and show signs of affection, especially if you have an apple or carrot in your pocket.

You cannot import any horses into Iceland.  If you export an Iceland horse that is fine, but that horse and/or offspring will not be allowed back into Iceland.  They are doing their best to keep the breed pure. 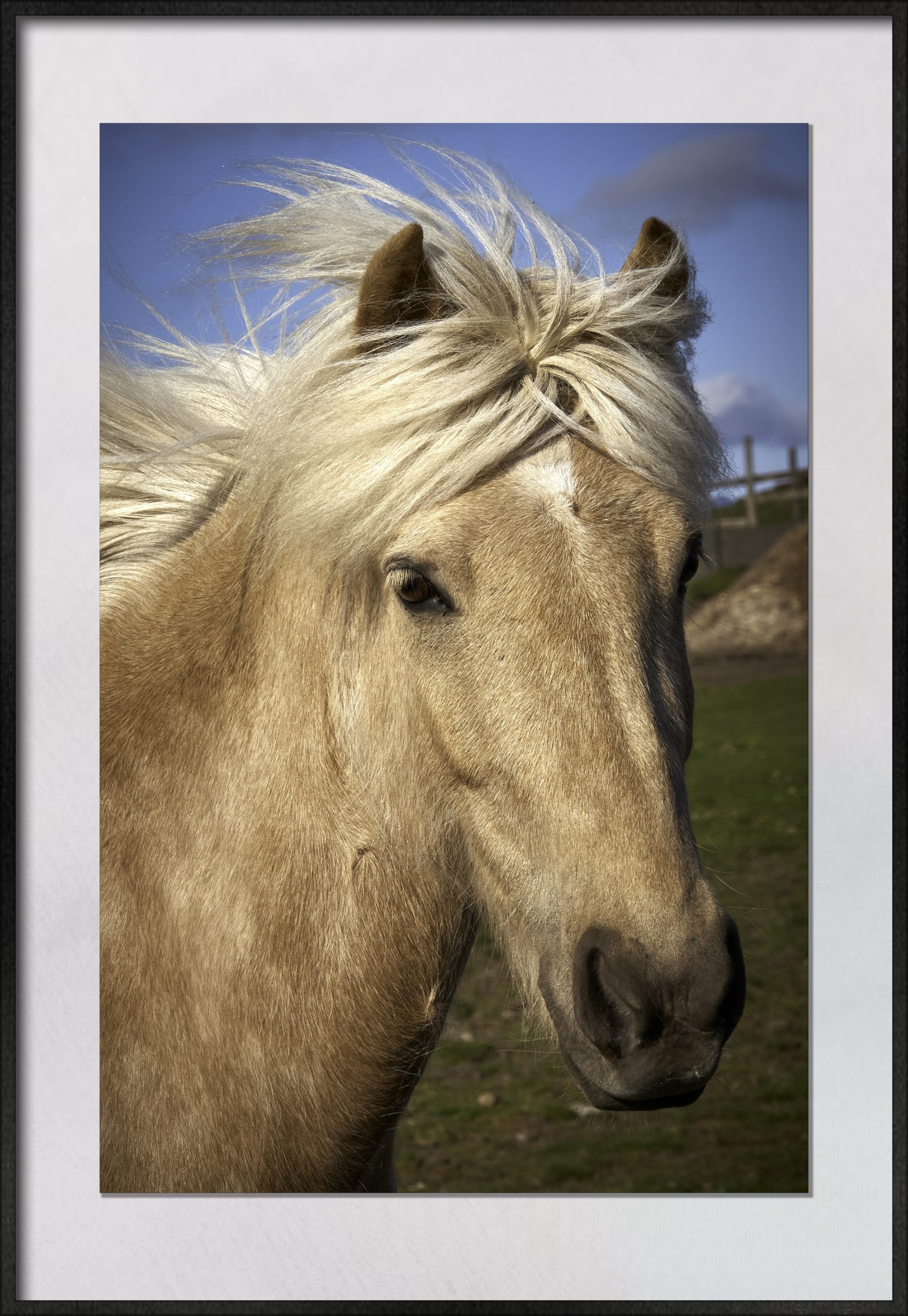