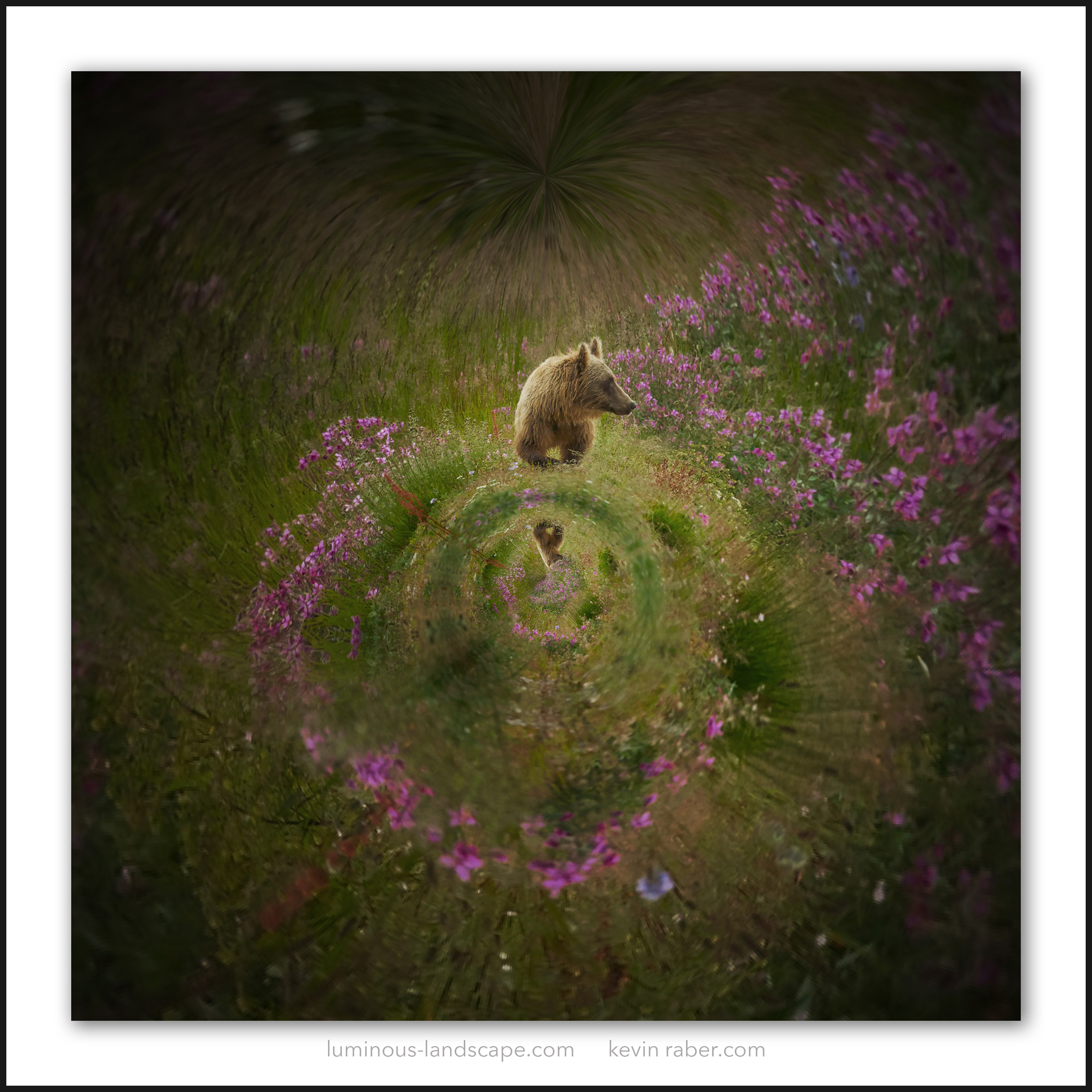 Every now and then I experiment with certain apps.   This one app takes an image and makes it circular in design and then allows you to play with settings to change the look.  This is an image of a bear in Alaska walking through a flower field.  I had some fun with it.  It’s just a fun picture.  Sometimes you just gotta mess around.

Visiting Alaska a couple of years ago I had the chance to photography wildlife.  I was not a big shooter of wildlife as it requires patience and that is something I don’t have much of.  But, when opportunity presents itself I’ll take advantage of it.  This si a shot I think of a grizzly.  Sounds good no matter if I was correct.  I shot a whole series of this bear (obviously a mama) as she had two cubs with her.  Later my son who knows a lot of stuff said I was too close and the bear would attack if it smelled fear.  I assured him the only thing the bear was smelling was ignorance.  Just don’t get too close.