There is nothing like an Antarctica sunrise to clear the mind and senses the soul.  When you wake up to a scene like this how can you not have a great day?  This was made just about a year ago.

Last year on my Antarctica visit I shot a lot of images as I usually do and when I came home I decided to try something new.  I have been making a series of BW images from this amazing place.  Here is the first of a week of Antarctica in BW.

This is a shot made in Iceland.  There are so many waterfalls in Iceland one could do a book on them alone.  I just like the way this framed out in the viewfinder.  Simple as that.

I wrote an article on the Luminous-Landscape site and I though I would also share it here.

Today is the anniversary of a day I will never forget.  For many reasons 9/11 is a day that will be permanently etched in my mind.  I’ll never forget where I was when the first news came in of a plane hitting the World Trade Center buildings.  I thought it must have been a small plane that lost control.  I as well as the rest of the world learned very quickly that was not the case.  As the day unfolded I remember it was hard to comprehend what was happening and more so of what it meant for our country and our future.

What was hard for me was as it began to sink in I worried about my boys.  My oldest son was scheduled to report to the San Diego Marine Corp boot camp that Saturday.  He obviously enlisted well before this terrible day.  But it was quite obvious as the hours passed that he was most likely going to be seeing action as our country prepared to retaliate for this terrible tragedy. 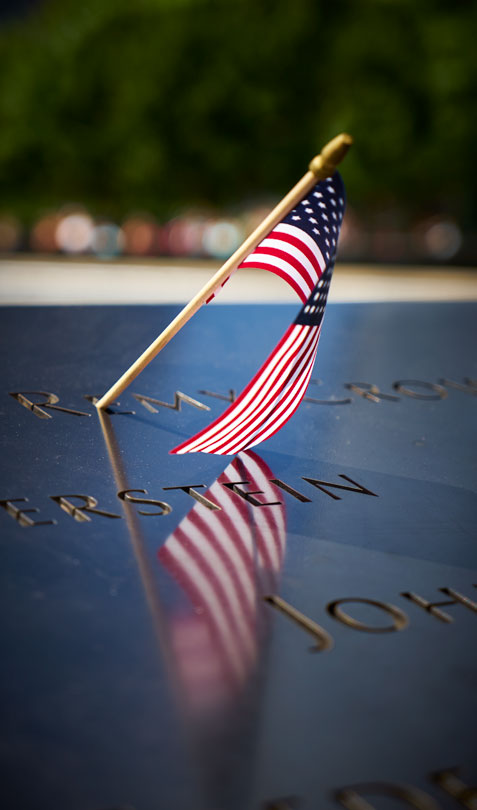 It was only two months before that I enjoyed a dinner at Windows On The World restaurant on top of the North Tower.  What a great place and evening filled with good memories. I lived on Long Island at the time as I was working for Phase One.  I am not going to go into details but let’s say before the end of the day I was very involved in being part of rescue efforts at Ground Zero as were hundreds of other people.  I was a member of a Fire Dept. where I lived.  Volunteers from all over the country came to Ground Zero over the coming weeks and months to help in the search and recovery.  Our country came together and became strong and united. 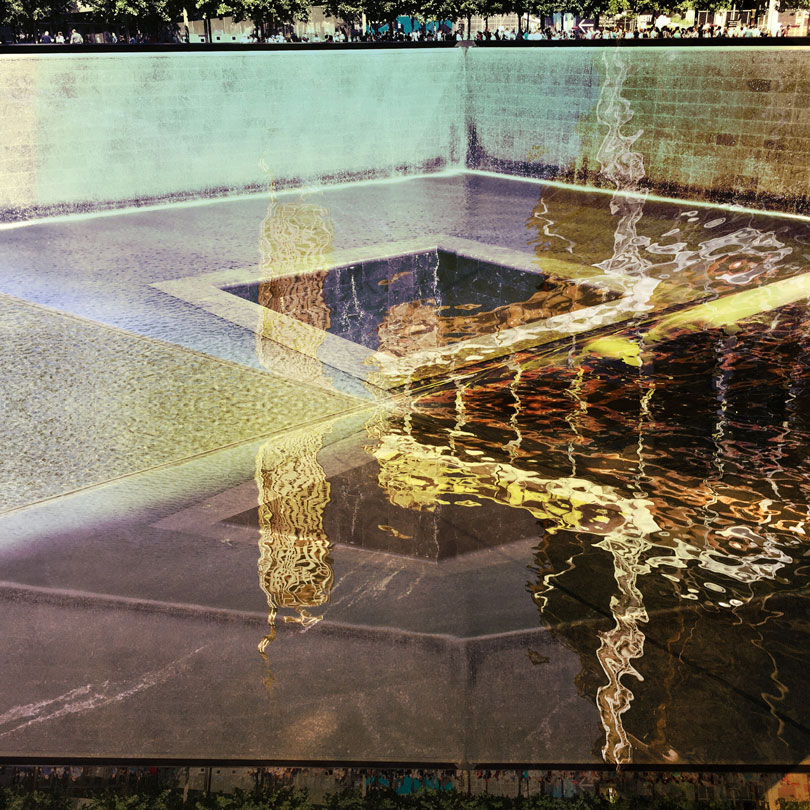 I could go on about all the things that happened.  The things I saw and such but what I remember is how great it was to see New York City as well as the rest of the country unite and focus on not only rebuilding but recovering.  I saw people doing the kindest things and everyone was helping each other.  Man, I was proud to be an American.

A lot of things have changed since then.  I am not going to elaborate or opinionize  on the years since 9/11.  I just want to remember that day, reflect on the day and remember all those that died that day.  And, more so, those that have served our country and our cities and communities since then. 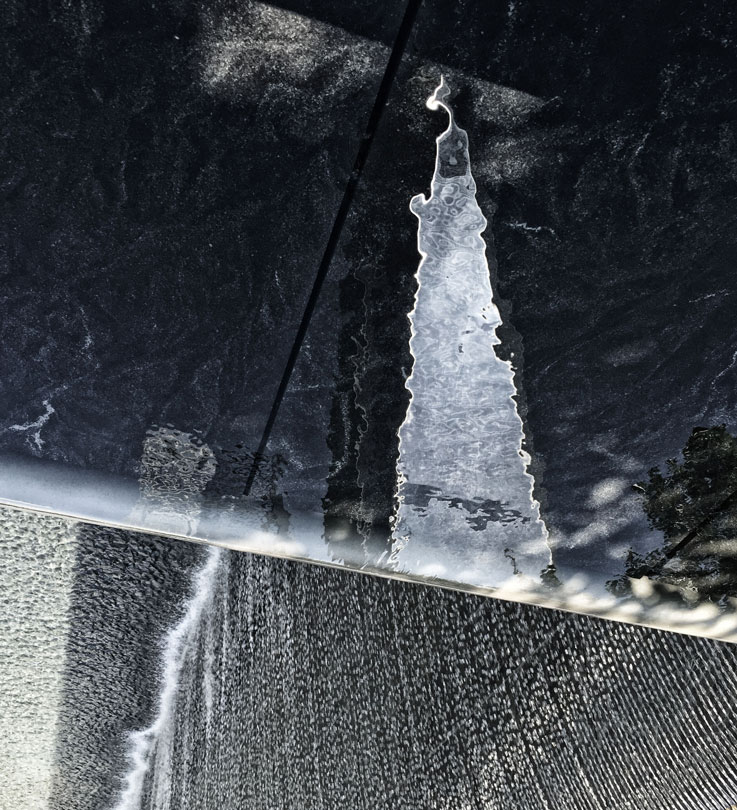 A few weeks ago I was in New York for an Epson event.  After a morning of meetings I found myself with a free afternoon.  I called my wife Debra and told her I had decided to visit the 9/11 Memorial.  This is something I have avoided for years.  For myself and others we have had to deal with what we saw that day.  For me I put it all in a mental box, put a string around it to secure it and put it on a high shelf in my mind.  I couldn’t bear to take the box down or even open it.  I attended numerous funerals after that day.  I lost friends.  I become an emotional mess when I hear bagpipes play Amazing Grace as it immediately draws out the memories I so conveniently tucked away.  The tears come out of my eyes and there is nothing I can do to control it.  So, I deal with it, For a short time at least I remember the day and standing at the graves of friends and some very brave firefighters in the days and weeks that followed.

Today is a day I will take some special time.  I’ll go somewhere quiet.  I’ll sit and I will take that box off the shelf and hold it in my mental lap.  I may not open it but I will remind myself what is in the box and I will remember and I will never forget.

I will also say a prayer for my family.  My oldest son who began his military career a few days after 9/11 still serves our country but now is in the Army.  My youngest son is in the Navy.  My daughter in law serves in the Army as a doctor and my wife’s son is in the the Navy.  To say we are proud of our children is an understatement.  They serve our country because they want to.  We have seen all our kids go through numerous deployments and have worried each day for their safety. We celebrate when they return to us safe. Today we will say a prayer for them but more than anything We will say thank you for doing what they do. We are proud parents.

Please take a moment today, remember where you were on 9/11 and make a promise to Never Forget

Thanks for allowing me to Rant.

The images with this Rant were made through very misty eyes on my visit to the 9/11 Memorial.  If you have never visited this amazing place, make sure you do.  There is something about the memorial that will move you. 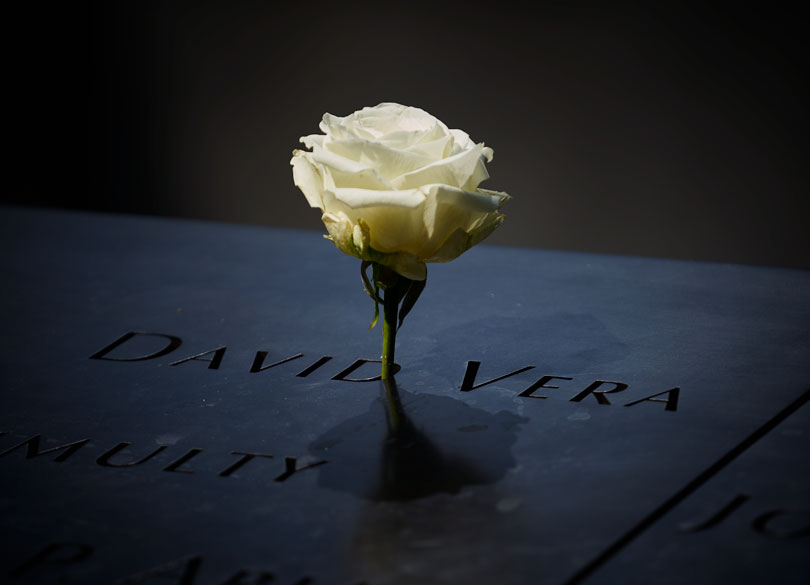 I spent Saturday this week in Gary, Indiana with my wife Debra and some other photographers exploring and photographing some of the abandoned building in Gary.  Gary is like a ghost town.  Very depressed and very sad to visit.  No matter where you go there are burnt out home, buildings abandoned by their owners and empty lots where homes used to be.  There are so many building that need to be torn down tat Gary can’t afford it.  As photographers we can explore some of these building and find some amazing things to photograph and only dream of what these places must have looked like in they splendor. This is kind of an abstract image with a curious painting of an eye I found in the old Gary Post office.

This is another of the moonrise from Antarctica.  Yet this one os a tighter shot with a 600mm lens and then I did some special work on it.  It turned out quite dramatic.

Ok, there are going to be a lot of iceberg images over the coming weeks, many of them in Black and White.  This is a shot of two icebergs and I like the way they formed the composition.  The gray sky and the blue of the bergs works well together.

Well we had a great moonrise the night before.  We started to transit the Lemaire Channel and the moon was setting.  It was an a amazing trip through the channel.

This year like all years when I visit Antarctica there are special defining moments.  The defining moment this year was getting married on a beach with penguins and 60 close friends.  Quite an adventure.   This moonrise was another define moment.  And, like a lot of images you’ll see this year I am doing lot of B&W.  This is moonrise #12 of a lot of moonrise shots.  It was quite a moment to see this moon rise at the same time the sun was setting.  Quite a night.  Shot with a Sony A7 II and Tamron 150-600mm zoom.